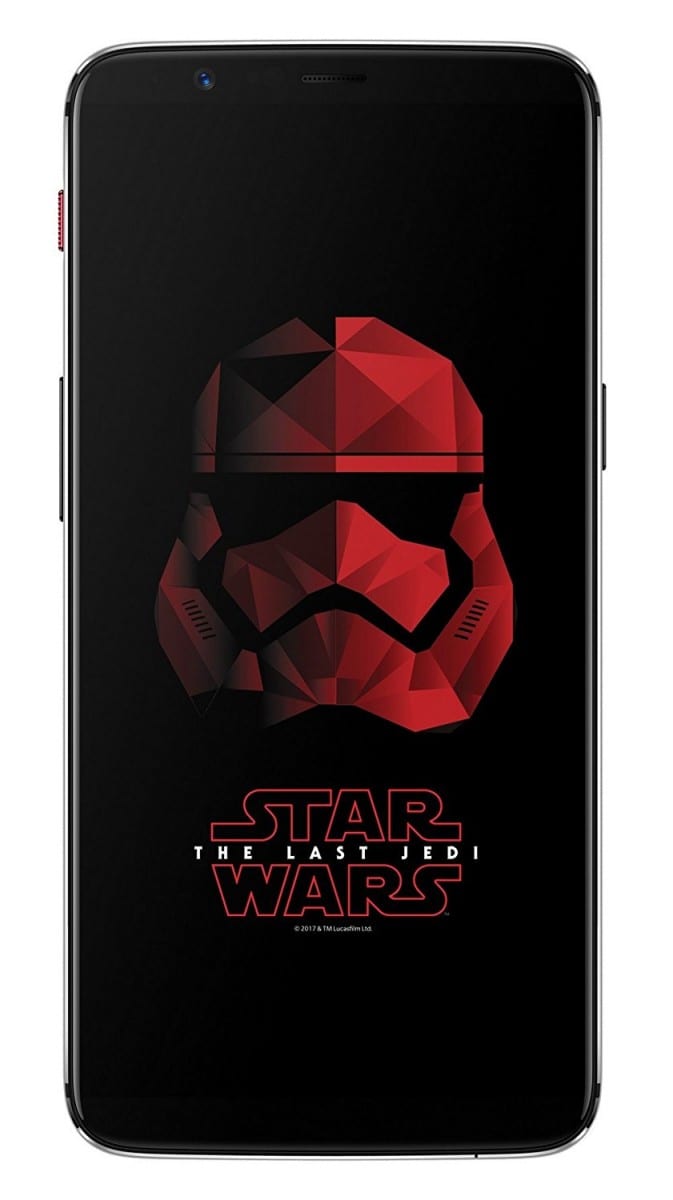 OnePlus 5T was announced last month with a 6-inch bezel-less display with an 18:9 aspect ratio for INR 33,999 and INR 37,999 respectively for 6GB/64GB and 8GB/128GB respectively. Now, the company has announced a new variant of the OnePlus 5T, Limited Edition, a special edition flagship device along with the release of the new chapter of the popular space saga, Star Wars: The Last Jedi.

The Star Wars edition’s phone design has been inspired by the planet Crait from Star Wars: The Last Jedi. The metal back of the device is painted in Crait white with a precise Star Wars logo in Red printed on the back. Crait is a mineral planet with red sediment under the surface, which is the inspiration behind the red alert slider on the device. Red is, after all, the color of Star Wars traditionally, similar to the alert slider, which has been the long-standing feature of OnePlus devices. On the software front, there is a customized red, white and black theme with a set of 10 exclusive Star Wars wallpapers adapted to the new AMOLED immersive screen and a special Kylo Ren phone case along with a special surprise for Star Wars fans packed in an exquisitely designed gift box as a part of the complete offering.

The OnePlus 5T Star Wars Limited Edition is available with 8GB of RAM and 128 GB storage at INR 38,999 through exclusive online sales partner, Amazon.in as well as on oneplusstore.in. Customers can also experience and purchase the device across OnePlus Experience stores in Bangalore and Mall of India Noida, while supplies last. The limited edition variant will also be available in select European countries which includes Finland, Sweden, and Denmark.

Speaking on the occasion, Kyle Kiang, Head of Global marketing, OnePlus, said, “Our community has inspired us in more ways than one. Their passion and involvement in the brand and the products since the very beginning has inspired us to come up with product that is superior in every way, from design to the overall experience.