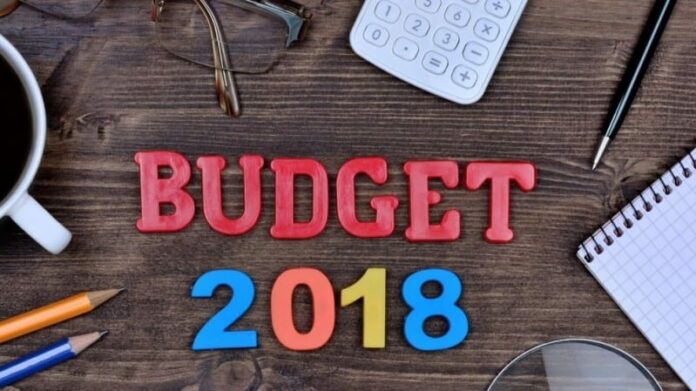 The Union Budget 2018 was presented by Finance Minister Arun Jaitley earlier today and here are the reactions from Industry leaders in the field of smartphones and technology. 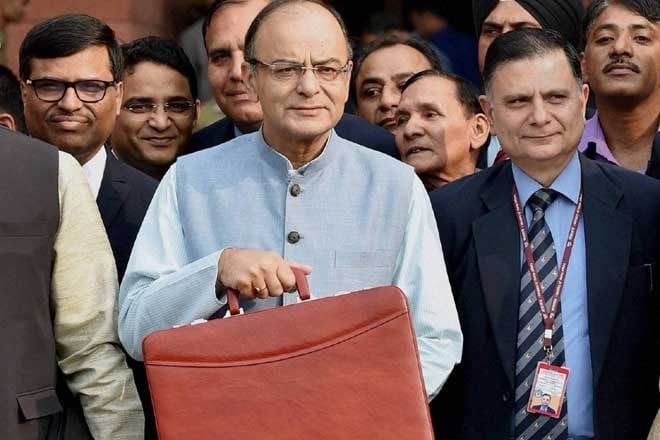 “ACE industry welcomes the Budget, particularly the push for local manufacturing of Mobile Phones and Consumer Electronics by increasing Customs Duty on imported products and components, a move that is consistent with the government’s Make-in-India initiative. The focus on improving rural electrification and well-being through the National Livelihood Mission will stimulate rural demand for electronics and appliances in the short to medium term meanwhile, a sustained development can be ensured through the focus on Smart Cities. The MSME sector, which forms the backbone of the electronics industry will benefit from reduction in corporate tax from 30% to 25% and the allocation of ~Rs 3,800 crore for the development of the sector will translate to strengthening the electronics eco-system at large. Further, doubling of allocation towards future technologies such as IoT, Robotics, etc. are encouraging as these rapidly growing technologies are likely to impact our industry as well.”

“Union Budget 2018 has given clear indications of a continued focus on the growth of new businesses in India. The announcement of increase in basic customs duty on mobile phones to 20% is a concrete step towards fostering local manufacturing in India which would further fuel indigenous innovation. This will allow us to build an innovation engine pipeline of several global brands in the country. As India’s first global OEM and IOT brand with a vision of putting India on the global innovation map, the Union Budget would prove to be the necessary catalyst for our continued growth towards becoming a multi-billion dollar company globally.”

“The Finance Minister today laid out a powerful report card by referring to the commitments made by him with regard to nine key focus sectors. This Union Budget 2018 offers a decent balance of thrust to all the core areas and fiscal prudence. The Budget surely was intended to bring in a lot of optimism and I think the government has clearly defined its intention to revive the rural economy with their spending allocated to the segment, including the skill based education, healthcare, housing and infrastructure development which will generate income in the rural areas.”

“We commend the focus on growing the digital footprint, providing better physical infrastructure, and improving not just the ease of doing business but also ease of living in the country. The enhancement of digital infrastructure with more broadband access in rural parts, unique ID to companies, record allocation to building national highways and railways, and multifold increase in airports will go a long way in broad-basing growth in the economy. We also welcome the emphasis on upgrading teaching methods and training teachers which will enable India to have better learning outcomes. These initiatives will make an impact when there is continued attention on the implementation of these policies.”

“The Budget undoubtedly is a ‘people’s budget’, favouring the rural populace, which is the backbone of the Indian economy. Government’s focus on transforming India into a Digital power with its roots in promoting innovation ecosystems, smart technology, robotics , IoT and artificial intelligence is commendable. It is good to see that there has been a significant push to boost the ‘Make in India’ initiative. Our heartiest congratulations to the Government for focusing on healthcare, infrastructural development and further investing in Swacchh Bharat Mission.”

“The Budget is focused towards increasing the personal disposable income in rural India and critical areas like education, health and infrastructure. This will further enhance the Make in India initiative of the Government in critical electronic industry particularly mobile, which is the key product of all the Government’s initiatives.”

“A reformist budget for startups and digital India. Government’s impetus on digitizing the rural hinterlands, focus on smart cities and commitment to blockchain technology, will encourage the promotion of digital payments across the country, thereby making India truly digital. Further, disallowing cash payments beyond Rs 10,000 by trusts and institutions will boost digital payments. I commend the government’s decision to reduce corporate tax to 25 percent and improve the ease of doing business by providing a unique ID for every company on lines of Aadhaar. These initiatives will benefit startups and MSMEs immensely and lay a strong foundation for a progressive India.”

“The Union Budget-2018 is a positive step towards India’s growing smartphone market. The increased custom duty on mobiles will further boost local manufacturing and will be the essential push to create a manufacturing eco-system in India. Smartphones play a crucial role in today’s times and this budget is an extension to the ‘Digital India’ initiative.  With focus on development, it is a progressive budget and is a stepping stone to India’s growth story.”

“We welcome the announcement on custom duty increase in mobile phones from 15pc to 20 pc in the Union Budget 2018-19. This will provide a big boost to the Make-in-India campaign by the government, and will be instrumental in achieving our country’s vision of making India a global hub for mobile phone manufacturing. Local manufacturing will create more job opportunities, benefitting the youth and contributing towards the overall growth of the economy. I congratulate the government on this landmark decision.”

“The Union Budget 2018 is both populist as well as pragmatic. It focuses on growing the promising rural economy and extending digitalization to rural citizens which can yield great results in the form of increased household rural consumption, and thereby providing internet driven businesses with a great potential market opportunity to tap. Increasing allocation for digital India and the overall strong thrust on digitalization is a welcome step. Initiatives such as High speed connectivity and Wi-Fi access to 5 Cr rural citizens and tax disallowance on cash expenditures above Rs. 10,000 for all entities now also give digital movement a great push and will benefit internet businesses.  However, some more direct incentives for promoting digital ecosystem in form of lower MDR or cashbacks would have been welcomed by online platforms as well as merchants.”

“We welcome the Budget 2018 by the Honorable Finance Minister Arun Jaitley. The Union Budget 2018 is a growth oriented budget with enormous push for health, agriculture, education and infrastructure, which we believe will usher in healthy economic growth in the years to come. Speaking specifically of mobile phone industry, we are glad that our demand of increasing customs duty on mobile phone CBU [completely built units] imports to 20 % from the existing 15 % has been met. This will prevent dumping of phones in the Indian market,  boost domestic manufacturing and provide a level playing field to home grown brands. The announcement is in line with the objectives of the Make in India initiative.”

“HMD Global continues its strong emphasis on PM Modi’s Make in India campaign. While the import duties for mobile phones increased to 20%, along with a 15% duty on key components, this will have a minimum impact on our business, as all of our current portfolio of Nokia phones are manufactured in India.”

“We applaud the forward looking Union Budget 2018 where the Hon’ble Government is extensively focusing on digitalization with further support to initiatives like Digital India, Smart Cities, Swachh Bharat among others. The Union Budget laid down plans to connect additional 1.5lakh gram panchayats with fibre optic networks under the BharatNet. This will create access and affordability and will help in bridging the digital divide even further.”

“The budget this year focused towards “Ease of Living” & “Ease of doing Business” to strengthen agriculture, health, education, employment, MSME and infrastructure sectors”. It is good to know that our economy is on course to achieve over 8% growth. Government is recognizing the multi-faceted role played by the MSME sector towards encouraging the generation of self-employment with these tax relief and subsidies on custom duty.  This year’s budget also saw a huge allocation of funds to the MSME sector to help them get started and continue to grow, this allocation comes as a big relief for the sector badly in need for such encouragement. More support for MSME for NPAs and troubled enterprises and funding will indeed benefit the MSME sector at large and contribute to the Indian economy in the long run. Overall, the budget focusses on making positive structural reforms to drive India’s growth story further.”

“The emphasis laid by the Finance Minister on continued investment in telecom infrastructure and broadband access is very good. That will be instrumental for continued improvements in education, health and financial inclusion. The continued budgetary support for the Smart Cities programme and additional investment in infrastructure is another step in the right direction and in sync with other forward looking measures on artificial intelligence and blockchain announced today. The thrust on MSME sector and the allotment of Rs 3 lakh crore for lending in FY 19 will empower one of the biggest livelihood creation engines in the country. Noting the role of entrepreneurs, start-ups in this regard, the FM’s promise to simplify the regulatory regime was a welcome remark.

“We welcome the Finance Minister’s emphasis on adoption of new age technologies like artificial intelligence, blockchain and machine learning. Leveraging these technologies will drive new insights from data to enable better policy implementation and fast-track reforms leading to improvement in citizen services and accelerating economic growth. We are excited about the government’s continued focus towards Digital India as it enables transparency, better governance and resource utilisation. The thrust on digitization by doubling the expenditure for ‘Digital India’ and setting up programs to channelize research efforts in new-age technologies is definitely a step in right direction”