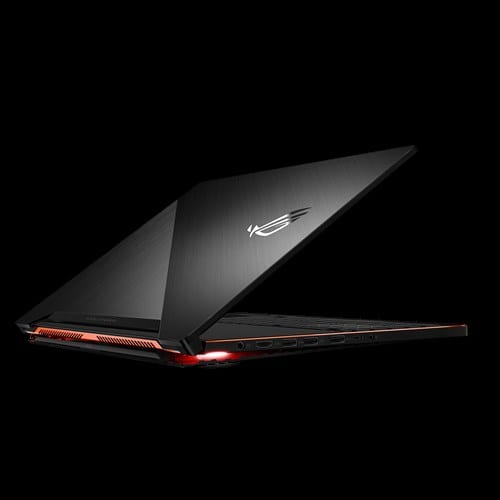 ROG Huracan is powered by an 8th Generation Intel Core i7 processor and NVIDIA GeForce GTX 1080 graphics, It features a patented magnetically-secured side cover that can be opened to increase airflow to boost CPU and GPU cooling performance and activate special Aura lighting effects. Huracan has a 2.5-inch hot-swap bay for an SSD and a slide-open chassis design for easy maintenance. An ESS Sabre DAC and amplifier on the front audio jack provide high-definition sound. Also, gamers can use Aura Sync to synchronize light effects with other Aura Sync-compatible products. 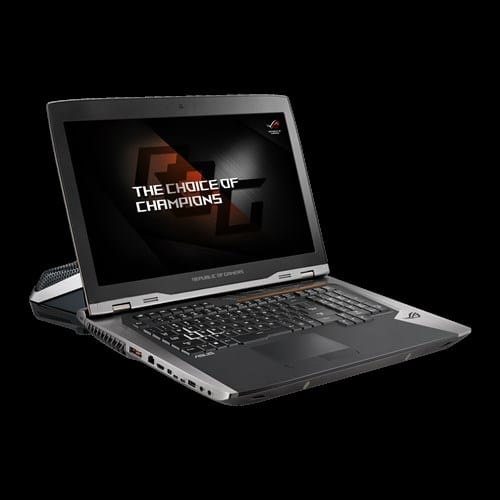 ROG G703 is powered by a factory-overclocked 8th Generation Intel Core i9 processor and NVIDIA GeForce GTX 1080 graphics & is the first gaming laptop to power 8th Gen i9 processor. It has a 17.3-inch FHD IPS display with a 144Hz refresh rate, 3ms GTG response time, NVIDIA G-SYNC technology, and anti-glare coating. It also supports HyperDrive Extreme storage that uses exclusive technology to provide gamers with RAID 0 SSD speeds of up to 8700MB/s which is the fastest ever found in any laptop, as per Asus. 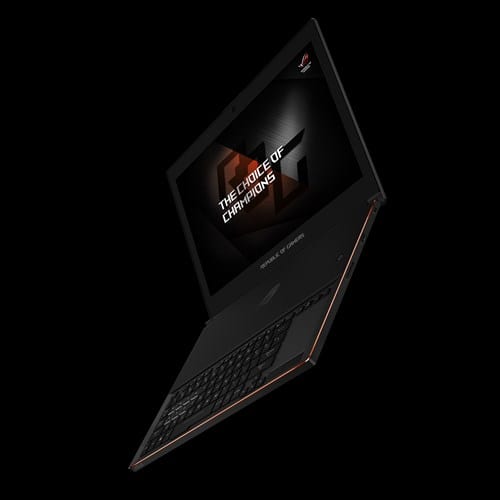 ROG Strix SCAR Edition is designed to give gamers a competitive edge in FPS esports titles like Counter-Strike, Overwatch, and Team Fortress 2. This gaming laptop is powered by up to NVIDIA GeForce 10-Series graphics, and features an IPS display with a 144Hz refresh rate, 3ms response time, and NVIDIA G-SYNC technology for supersmooth visuals. Strix SCAR Edition also has a desktop-style keyboard with Aura Sync, N-key rollover, and fast-actuating keys.

ROG Strix Hero Edition is designed to give gamers a competitive edge in Multiplayer Online Battle Arena (MOBA) games like League of Legends and Dota 2, as well as RTS and RPG titles. This gaming laptop is powered by up to the latest 8th Generation Core i7 processor and NVIDIA GeForce
10-Series graphics, and features a 120Hz display with wide-view technology and a 130% sRGB color gamut. Strix SCAR Edition also has a desktop-style keyboard with Aura Sync, N-key rollover, and a 20-million-key-press lifespan.

ROG Strix GL503 is designed for esports gaming and is powered by the latest 8th Generation Intel Core i7 processor and NVIDIA GeForce GTX 10-Series graphics. It features the patented Anti-Dust Cooling (ADC) system that expels harmful dust particles and dirt from the system to improve stability and durability. It includes Aura Sync technology so gamers can customize and sync light effects with compatible gaming mice, headsets, and other peripherals.

ROG Strix GL12 is powered by up to an 8th Generation Intel Core i7 processor and NVIDIA GeForce GTX 1070 graphics. This gaming desktop has an unconventional design and features an esports-ready hot-swap bay for a 2.5-inch SSD that allows gamers to remove and replace the drive in seconds, all without having to shut down the system.