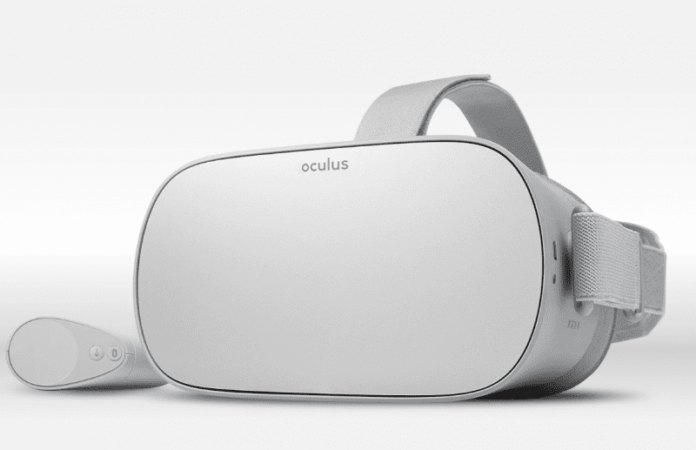 Facebook’s annual developer conference, F8 was kicked off at  San Jose yesterday where the company announced several new features to Whatsapp, Instagram, Facebook, and also announced a new product, Oculus Go. Mark Zuckerberg kicked off the day with a keynote on how they are taking a broader view of responsibility by not only giving people powerful tools but also making sure those tools are used for good. He discussed the responsibility to keep building new services that bring people together in meaningful new ways across Facebook, Instagram, WhatsApp, Messenger, and Oculus.

This feature will enable you to see the websites and apps that send us information when you use them, delete this information from your account, and turn off our ability to store it associated with your account going forward.

Now you can share stories from your favorite apps to both Facebook and Instagram Stories. From a sticker of your new favorite song on Spotify to action shots from GoPro, it’s now easy to share what you’re up to or how you’re feeling by posting directly to Instagram/facebook Stories from other apps.

The Groups tab will help you navigate to your existing groups more easily and interact with content from all your groups. Later this year, users will be able to discover and join new groups through the tab.

Facing is building a feature for dating and relationships within the Facebook app. People already use Facebook to meet new people, and we want to make that experience better. People will be able to create a dating profile that is separate from their Facebook profile and potential matches will be recommended based on dating preferences, things in common, and mutual friends. They’ll have the option to discover others with similar interests through their Groups or Events.

Last year Facebook announced Crisis Response, a center on Facebook where people can get information about recent crises and access Safety Check, Community Help and Fundraisers. Now, the company has introduced a feature that will enable people affected by a crisis to share firsthand accounts of timely information, like road closures and damage photos and videos, making it easier to get real-time updates.

Recently Face launched a new feature for people in India, Bangladesh, and Pakistan to register as blood donors on Facebook. Today, they announced Blood Donations on Facebook to make it easier for people who want to donate to find opportunities nearby. In coming weeks, people in India, Bangladesh, and Pakistan will be able to view nearby blood donation camps, requests for blood donations and blood banks from one place on Facebook.

The most popular chatting app, Whatsapp will be getting group calling and also stickers are also coming to the app soon. For Messenger, the new AR camera effects are coming. This feature, launching in closed beta, helps people get valuable, instant feedback about purchases, and more.

Oculus’ first standalone VR headset is available starting today at $199 USD. With more than 1,000 apps, games and experiences available at launch. Also, they are introducing new ways to experience VR with friends and connect with your favorite entertainment. Oculus Venues is a live social event in VR including concerts, sports and comedy nights with friends and thousands of other people. Oculus Rooms, originally released for Gear VR, has been redesigned with the launch of Oculus Go and lets friends play board games, watch movies and more. Oculus TV gives you a virtual big screen TV, where you can watch live or on-demand content – and will allow up to four people to watch together starting this summer. Oculus Venues and Oculus TV launch later this month.