One of the most popular online streaming sites, Netflix has today announced a new Netflix original series based on Midnight’s Children, Sir Salman Rushdie’s seminal work of fiction. The series will be available exclusively to over 125 million Netflix members in 190 countries around the world, including India.

Midnight’s Children (1981) is a literary tour de force that has won multiple accolades, including the 1981 Booker Prize, the Best of the Booker twice – both in 1993 and 2008 and the James Tait Memorial Prize. The critically acclaimed and hugely successful novel is considered by some to be amongst the 100 best novels of all time by the Modern Library. It is considered a groundbreaking example of postcolonial, postmodern and magic realist literature. 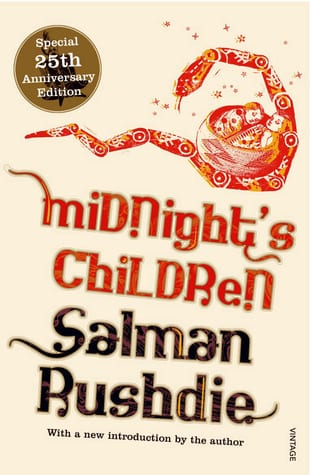 Midnight’s Children follows the life of Saleem Sinai, born on the stroke of midnight on August 15, 1947, the time of India’s independence. His every act is mirrored and magnified in events that sway the course of India’s national affairs; his health and well-being are inextricably bound to those of his nation; his life is inseparable, at times indistinguishable, from the history of his country. Perhaps most remarkable are the telepathic powers linking him with India’s 1,000 other “midnight’s children,” all born in that initial hour and endowed with magical gifts.

Sir Salman Rushdie said, “I am absolutely delighted that Midnight’s Children will have a new life on Netflix, and greatly look forward to working with them to help create it.”

Erik Barmack, VP, International Originals, Netflix, said, “Midnight’s Children is one of the great novels of the world, and its themes are still relevant to the India of today. The narrative continues to fascinate audiences decades after it was first published. We are incredibly excited to translate this pioneering work of fiction that parallels the birth of modern India, for a global audience. The rich experience and talent of Indian creators combined with the global reach of Netflix have the potential for millions of more people around the world to rediscover this story.”