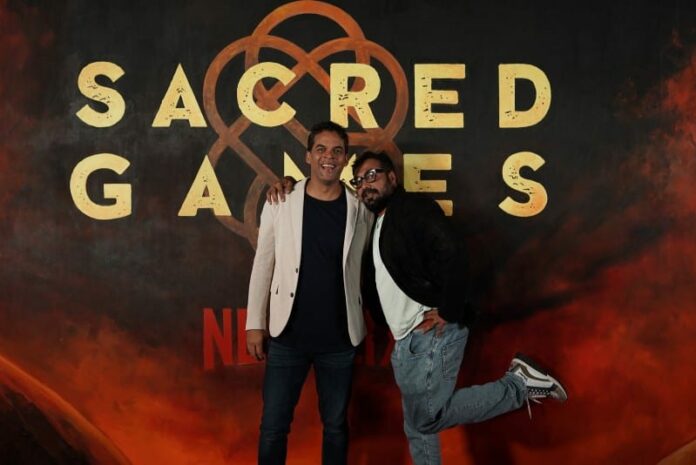 The event also saw some prominent Bollywood celebrities, like Harshvardhan Kapoor, Ishan Khatter, Chitrangada Singh joining the Sacred Games bandwagon. Over 500 Netflix enthusiasts also got a chance to be a part of this starry affair, and watch the first episode of the much-awaited Netflix series, a week before the rest of the world. All episodes of Sacred Games will premiere on July 6, 2018, in all territories where Netflix is available. The series focuses on Sartaj Singh, a seasoned and cynical Bombay police officer, summoned by an anonymous tip one morning, a voice which promises him an opportunity to capture the powerful Ganesh Gaitonde, criminal overlord of the G-Company. As the stakes mount and Sartaj seeks knowledge of his prey, it becomes clear that the game the two players thought they were engaged in is, in fact, part of a much larger scenario, one that expands beyond their city.

Also, Netflix has recently announced a new Netflix original series based on Midnight’s Children, Sir Salman Rushdie’s seminal work of fiction. The series will be available exclusively to over 125 million Netflix members in 190 countries around the world, including India. Midnight’s Children follows the life of Saleem Sinai, born on the stroke of midnight on August 15, 1947, the time of India’s independence. His every act is mirrored and magnified in events that sway the course of India’s national affairs; his health and well-being are inextricably bound to those of his nation; his life is inseparable, at times indistinguishable, from the history of his country.