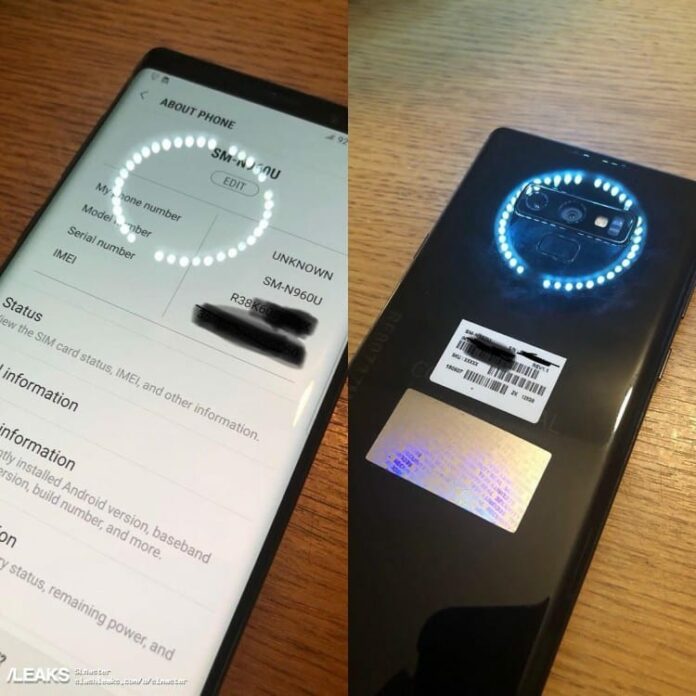 Samsung is all set to announce their second flagship of the year, the Samsung Galaxy Note 9. Back in June, we had reported that the Note 9 will come with an improved camera, Snapdragon 845 SoC to be launched on August 9. Today, We have got the first image of the Note 9 which was surfaced online.

The Image reveals that the Note 9 will comes with a dual rear camera setup with LED flash and also the fingerprint scanner just below the camera module, which really a lot more sense than the one found on the Note 8, which had fingerprint scanner next to the camera module making it hard to reach for many people. Further, Samsung Galaxy Note 9 will come with a similar design as of the last years’ Note 8 and will be powered by the latest Qualcomm Snapdragon 845 processor along with Adreno 630 GPU and more many markets including India the Note 9 will come with in-house Exynos processor. 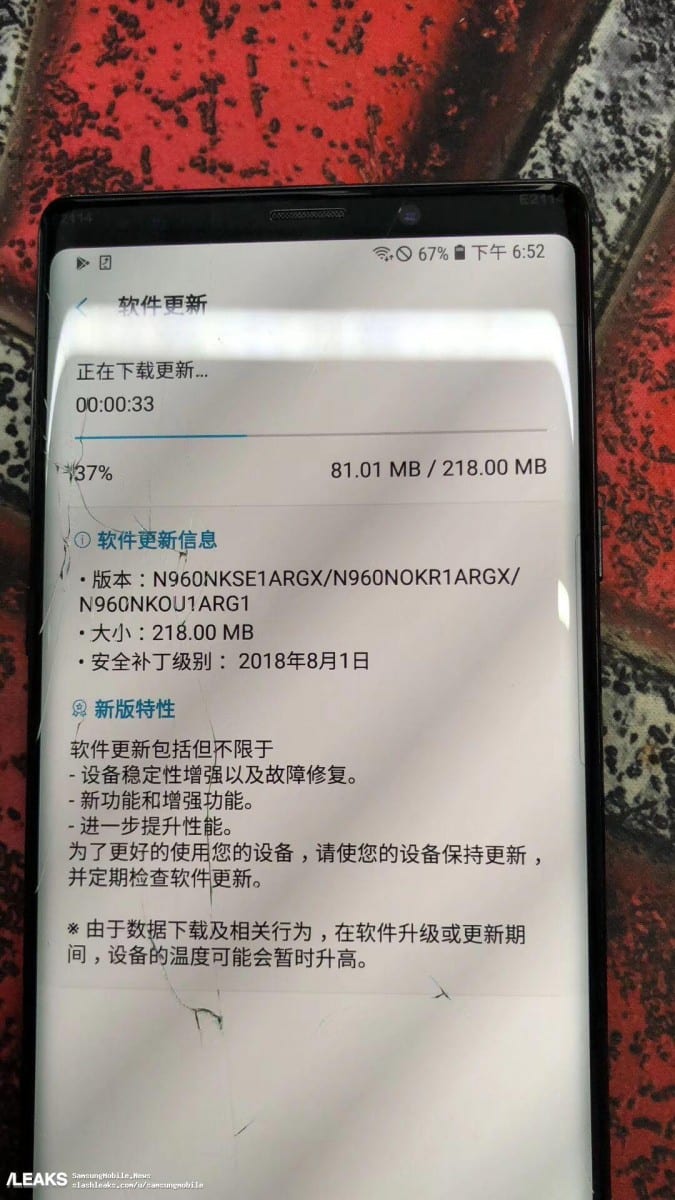 The main change for the Note 9 will be in the camera department, the Note 8 had a 12MP Dual Rear Cameras with Dual Pixel autofocus, f/1.7 and f/2.4, 2X optical zoom, it will be interesting to see if Samsung keeps the dual camera and dedicate the secondary lens to a depth sensing or a wide-angle one. Samsung’s Unpacked event is expected to happen in New York on August 9th. It will be also interesting to know if Samsung will opt to keep the dedicated Bixby button on the Note 9.

What do you think of the Note 9? Let us know in the comments section below, follow us on twitter for more news and updates.