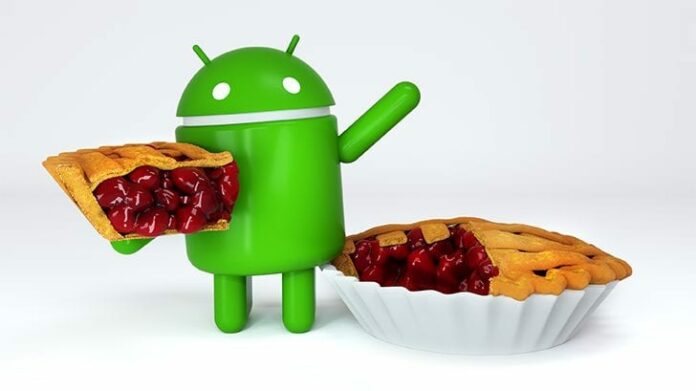 Google has just announced the final version of the latest version of the Android update to all the Pixel smartphones. The new Android 9 Pie will be rolling out to all the Pixel users starting today and will come as an Over the air update. Also, Essential has announced that the Essential Phone is also now getting the Pie update. With Android 9 Pie OTA update, Google and Essential are also pushing the August security patch.

Most of the major features of the Android 9 Pie was revealed back at the Google IO 2018, back in May. The Android 9 Pie focuses on Intelligence, Simplicity, and Digitally Wellbeing. It also comes with a new way to navigate using gestures and other AI-enhanced improvements to the UI. The new version also comes with support for notch and also a new status bar that works better with all the different kinds of the notch. Android Pie will now come with only one Home Key at the center and will eliminate the other two keys. With a single swipe from the home button, you will now see the recently open apps that are now shown horizontally and with a full swipe you can go to the app list and you will now be able to see the app suggestions along with the new the new app actions which may be a call to someone, listen to music, workout depending on the time you use it, this feature is powered by AI. With the new Slice API, developers can add an app action to their app for the user convenience when they search for a specific thing.  Slices display info from apps directly within the Google search app. With Adaptive battery feature powered by Google’s AI, you can now expect 30% less in CPU wake-up time and increase in the battery life. The AI battery can also predict how long you can use your phone with X% of battery remaining depending on your usage habits, thanks to AI. With the new Adaptive Brightness, Android P gets an automatic brightness adjustment using an ambient light sensor, now Google is integrating AI into the feature so that it will learn from your manual adjustments to automatically set the screen brightness.

Google’s tool for Digital wellbeing is a dashboard which shows your smartphone usage which includes how many times you’ve unlocked the device, how many notifications you’ve received in a day and so on. The app timer allows a user to set a fixed amount of time to spend on a particular app, the screen will turn to grey when the time is up. Another feature is the ‘WindDown, which will turn the whole phone to night mode or say black and white mode with a command and will move on to DND mode, this is effective on the bed at night. Further, Smart Text Selection now works on the Overview of your recent apps, making it easier to perform the action you want. You can enable this new system navigation in Settings once you’ve received your update to Android 9.

Other changes in Android P

Which Phones are getting Android 9 Pie?

Starting today, Google is rolling out to all the Pixel devices and Essential Phone, Nokia 7 Plus, Sony Xperia XZ2, Vivo X21, Xiaomi, Mi Mix 2S, and OnePlus 6 who were part of Android P Beta and also Android One devices will receive this update by the end of this fall(September 21st), said Google.