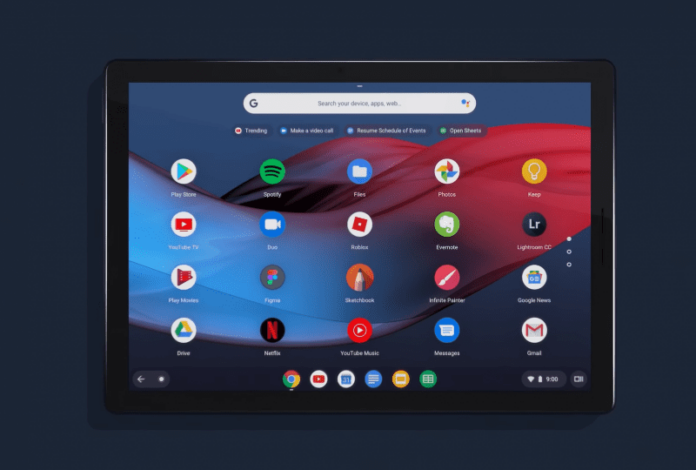 Along with the announcement of the Pixel 3, 3 XL, and Google Hub, Google also unveiled the new Google Pixel Slate that will be the successor to the Google Pixel Book that was announced during the Pixel 2 series launch last year. Just like the Pixel Book the Pixel Slate too runs on the Chrome OS and is powered by Intel processors. It also packs in a dual front-firing speaker along with two mics for improved noise cancellation.

The Google Pixel Slate comes with a 2.3-inch (3000 x 2000 pixels) 2.5D curved glass molecular touchscreen display, 400 nits brightness, 293 PPI. It comes with soft touch keys for navigation and a power button that is embedded with a fingerprint scanner. The Pixel Slate is powered by either Intel Celeron Processor or 8th Gen Intel Core m3/i5/i7 Processor depending on the model you opt for. It comes in a total of 4 options – 4GB RAM+32GB SSD, 8GB RAM+64GB SSD/128GB SSD, and 16GB RAM+256GB SSD options. It is running on Chrome OS which comes with support for Android apps and supports Chrome browser in desktop mode. In the camera department, it comes with an 8MP Autofocus rear camera with f/1.8 aperture, 1.12μm pixel size and an 8MP front-facing camera with f/1.9 aperture, 1.4μm pixel size. The Pixel Slate comes with a 48Wh battery with up to 12 hours of battery life on a single charge with fast charging support via USB Type-C port. It weighs just 721grams and is just 7mm thick. Google also announced the Pixel Slate Keyboard that comes with round Hush Keys similar to the Logitech K480, a dedicated Google Assistant key and a large trackpad. The Pixel Slate supports Pixelbook Pen that was announced with the Pixel Book.

The Google Pixel Slate comes in Midnight Blue color and will be available later this year the U.S, Canada, and U.K for the below-mentioned price-