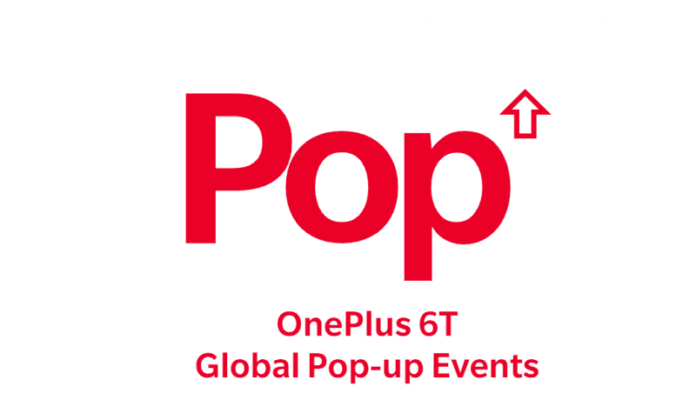 OnePlus 6T will be officially unveiled on the 29th of this month and the India launch will happen of the 30th of October. Today, the company has announced that it will be hosting pop-up events across 9 Indian cities on 2 November 2018 starting 11:00 am where people can drop-in and experience the new OnePlus 6T and also purchase them.

It’s been a tradition for OnePlus to host the pop-up event right after the launch and the tradition is continuing from the days of OnePlus 2. Early-bird attendees at the pop-ups will receive several exclusive OnePlus goodies including OnePlus 6T phone covers and bumpers, OnePlus Sketchbook, OnePlus Never Settle T-shirts and OnePlus tote bags. The yet to be announced OnePlus 6T went on pre-orders earlier this month and saw over INR 400 crores worth of bookings in just 36 hours. OnePlus has announced exclusive offers for users buying the OnePlus 6T via any online or offline platform are entitled to the following benefits:

In India, the OnePlus 6T pop-ups will land from 11:00 am to 10:00 pm IST on 2 November in 13 locations across 9 cities including Bengaluru, Mumbai, Pune, Kolkata, Delhi, Chennai, Hyderabad, Ahmedabad, and Jaipur. Globally, these pop-ups will be held in Europe, North America, India and China in premium locations across 32 cities in total.

Know more about pop-ups in your city here.