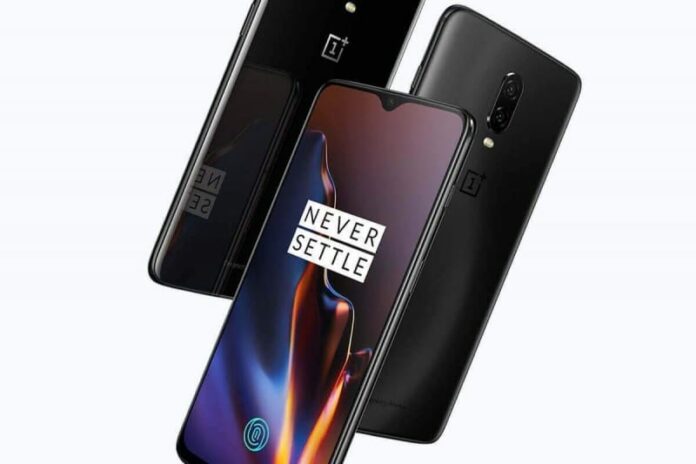 The OnePlus 6T is now official and was just unveiled at an event in New York. The successor to the OnePlus 6 which was launched in May this year comes with a few key improvements over the OnePlus 6 in areas like display, front camera, and battery. The OnePlus 6T is running on Android 9.0 Pie out of the box. Also, the company has announced the new Type-C Bullet T2 earphones($19.95) and fifth-anniversary Red color OnePlus Bullet Wireless($69), and OnePlus Explorer Backpack($99).

Coming to the specifications OnePlus 6T comes 6.41-inch Full HD+ Optic AMOLED display along with a waterdrop notch, 86% screen to body ratio and Corning Gorilla Glass 6 protection upfront. As Snapdragon has not announced any new flagship processor after the Snapdragon 845 the OnePlus 6T also comes having the same processor under the hood along with the Adreno 630 GPU. OnePlus has decided to ditch the 64GB storage variant. So, the three variants that are coming out with the 6T are- 6GB+128GB, 8GB+128GB, and 8GB+256GB with no microSD card slot. As confirmed earlier by the company itself, it will sport an in-display fingerprint scanner that uses the light to identify the fingerprint and unlock the smartphone on 0.34seconds and also supports face unlock too. There is no presence of the 3.5mm headphone jack, which may be a bummer for many, however, the company is packing in a Type-C adapter for those who want to use the wired earphones.

Moving on to the camera department, at the rear it features a 16MP(Sony IMX 519)+20MP(376K) vertical dual camera setup with LED flash, f/1.7 aperture, Optical Image Stabilization(OIS)+Eelectronic Image Stabilization(EIS) support and 16MP Front Camera, f/1.7 aperture along with screen flash. The camera is getting smarter with Quick Capture, Portrait Mode, Slow-mo modes. The camera comes with a couple of new features, the Nightscape mode that comes with improved HDR Algorithm for better low-light images and improvements in Portrait mode which OnePlus calls Studio Lighting, this feature helps to capture best possible Portrait shots and comes with Scene Recognition. The NightScape feature will be coming to the OnePlus 6 soon. 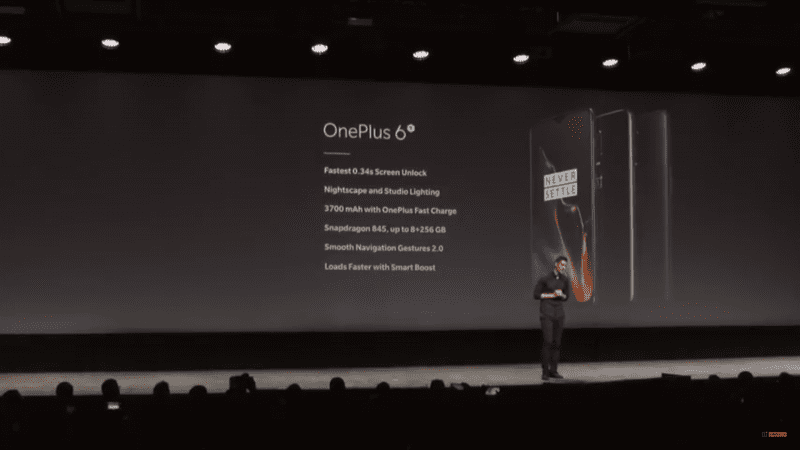 Further, the smartphone comes with a slightly bigger 3700mAh battery compared to the OnePlus 6 with fast charging support, there was no Dash or any other branding this time so, its just the 20W fast charge. In the software front, it will come with Android 9.0 Pie along with Oxygen OS with many customization options. OnePlus introduced Full-Screen Gesture 2.0 – an Optimized overall gesture for recent, switching between apps, back and home. Also, with the v2,0 users can also access the Google Assistant. The OnePlus 6T loads faster and comes with a smart boost feature. Finally, there was nothing on the water resistant on the OnePlus 6T.

Pricing in the US market and European market

OnePlus has partnered with T-Mobile in the US and will be available from November 1, 2018. T-Mobile is having trade-in for over 30 smartphones that include all OnePlus devices, Pixel, Moto, and more smartphones.

The OnePlus 6T is launching in India in tomorrow! Stay tuned for updates from the India launch from New Delhi. Also, do leave a comment or tweet to us at what price are you expecting the OnePlus 6 to launch in India? Follow us on Twitter for more news and updates.