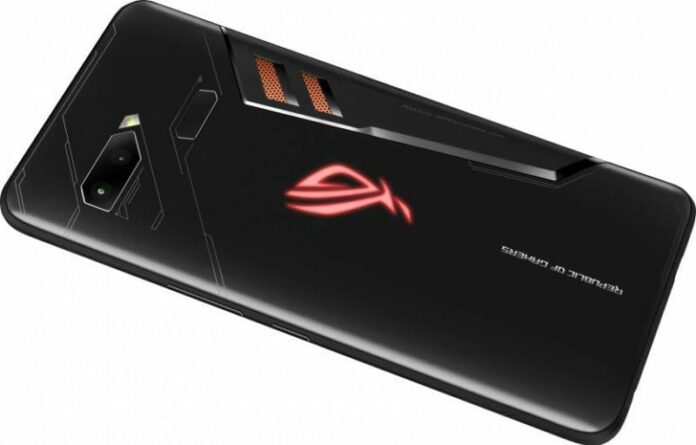 There are only a few smartphones that are dedicated to gamers around the globe like Nubia Red Magic, Razer Phone and none of them were made available here in India. Today, Asus has become the first smartphone maker to bring a dedicated gaming device in India – ROG Phone.

The ROG phone features a 6-inch FullHD+ AMOLED display with a resolution of 1080 pixels by 2160 pixels covered by Corning Gorilla Glass 6. The display also supports HDR content and comes with a 90Hz refresh rate and 1ms response rate. The phone is powered by the latest Snapdragon 845 SOC, overclocked at 2.9GHz and Adreno 630 GPU. It comes with 8GB RAM and up to whopping 512GB storage with no microSD card support. The phone is backed by a massive 4000mAH battery that also charges from 0-60% in 30minutes, thanks to Asus’s HyperCharge. Also, the phone features two USB Type-C port, one at the side with USB 3.1 Gen 1, fast charging (PD 3.0) (30W) and the other one at the bottom with USB 2.0, fast charging (PD3.0) (18W) along with the presence of the 3.5mm headphone jack.

ROG Phone comes with an optional TwinView Dock for dual-screen handheld mode and the Mobile Desktop Dock for desktop-style gaming. The ROG Phone case accessory is modular in design, that allows you to swap out the back cover to attach the AeroActive Cooler without sacrificing drop protection. Other ROG Phone feature include ASUS Aura RGB lighting and Aura Sync support. It is running on ROG UI based on Android 8.1 Oreo. With the Game Center app, a gamer can now fully customize the hardware and software for each game. The GameGenie app lets you modify device notifications and accessory settings on-the-fly while you game.

In the camera department, it sports a 12MP+8MP rear camera with dual-tone LED Flash, Sony IMX363 sensor, 1.4μm pixel size, f/1.8 aperture, OIS/EIS, Pro mode with RAW support, the secondary 8MP camera comes with f/2.0 aperture, OV8856 sensor, 120-degree wide-angle lens and there is an 8MP shooter at the front for selfies with f/2.0 aperture. The ROG phone also features a rear fingerprint scanner which is kind of oddly shaped. Asus has also packed in a cooling system which will help sustain peak gaming performance. They also come with an AeroActive Cooler which clips onto the back and blows air over the phone to keep it cool. It features stereo haptic engine which provides detailed force feedback during games.  Other features of the gaming phone include Wi-Fi 802.11a/b/g/n/ac, 2×2 MIMO, Wi-Fi Direct, Bluetooth 5.0, and NFC.