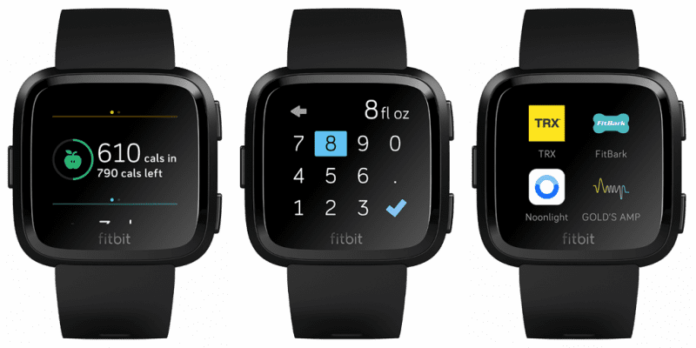 • Starting today, Fitbit OS 3.0 for Fitbit Ionic, Fitbit Ionic: adidas edition and Fitbit Versa smartwatches lets you see even more personal data at-a-glance, including sleep and expanded exercise view, plus adds quick logging for weight and water intake, so it’s easier than ever to take action based on data right from your wrist.

• 10 new popular brand apps across health, fitness, smart home and lifestyle brands were announced, including achu health, Couch to 5K, Genius Wrist and MySwimPro. Others like FitBark, MINDBODY and TRX are coming soon to the Fitbit App Gallery, offering more tools to help maximize your health and simplify your life.

• Female Health Tracking trends will arrive in the Fitbit app in early 2019, offering a comprehensive view of menstrual cycle data including symptom trends, over time.

“We are excited to announce these software and app updates as they provide Fitbit smartwatch users with more ways to take action based on their personal data to achieve their health and fitness goals,” said Jon Oakes, Senior Vice President of Product at Fitbit. 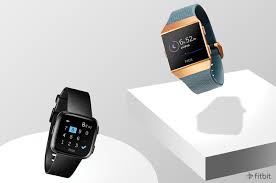 The Fitbit OS 3.0 update delivers an expanded on-device dashboard to easily view additional and expanded stats and data, including sleep, log water intake and weight, with expanded exercise stats, heart rate and hourly activity, allowing you more ways to take control of and manage your important personal health data right from your wrist. Goal-based exercise modes have been added to Ionic, Ionic: Adidas edition and Versa, so you can set a goal for calories burned, distance or time for 15+ exercises, including running, biking, swimming and more, and see real-time stats, progress and celebrations when goals are reached.

Fitbit is expanding its Fitbit App Gallery with 10 new popular brand apps to deliver enhanced health and fitness experiences and provide you with more unique ways to simplify your every day. These apps integrate with Fitbit data to offer guidance and insights to help track your progress and motivate you along your health and fitness journey.

• achu health: This clock face transfers your Fitbit data to achu’s illness prediction technology to help you evaluate potential illness, providing alerts when your body show signs of sickness before it happens.

• Couch to 5K: Pulls your Fitbit data including distance and calories burned to provide you with insights and training programs for races ranging from 5K to a marathon.

“We are partnering with some of the most popular health and fitness brands to develop apps that leverage Fitbit data to offer unique experiences and deliver more valuable and personal insights to help our users to live healthier lifestyles,” said Tim Rosa, Chief Marketing Officer at Fitbit. “For example, apps like achu health pairs your Fitbit data with illness prediction technology to help you manage signs of sickness, and MySwimPro helps you improve swimming performance with personalized coaching plans based on your heart rate data during swimming workouts.”

• Charity Miles: Syncs with your Fitbit activity data to raise money for 40 of the world’s top charities for every mile logged.

• FitBark: Helps you and your dog get healthy together by showing your daily Fitbit stats such as activity, distance and calories burned alongside those of your canine companion.

• MINDBODY: Keep your fitness and wellness top of mind with the ability to check the schedule at your favourite studios and view your upcoming MINDBODY classes from your wrist.

• TRX®: Guided workouts coach you through quick and effective TRX Suspension Training® workouts that track biometrics using your Fitbit data, helping you get stronger and reach your fitness goals.

Since Fitbit launched its App Gallery in late 2017, its growing global community of more than 44,000

Developers can now utilize their own algorithms when building health and fitness apps, in order to create more intricate apps in less time, and can easily record custom exercise sessions on the Fitbit platform. This allows developers to design Fitbit smartwatch apps for more complex activities like snowboarding, skiing and skateboarding so you can keep track of more specific activities that aren’t necessarily step-based.

For example, starting today are two innovative developer-created apps leveraging the latest APIs that will appear in the Fitbit Featured App Gallery:

• Alpine Snow: Take your Fitbit device on the slopes with the ability to track distance travelled, number of runs, speed, altitude, weather conditions, calories burned and heart rate in real-time, with the session available to view in the Fitbit App along with your GPS route.

• Skateboard: Track your speed, heart rate, calories burned, and distance travelled while you skateboard, based on your Fitbit data.

All new popular brand and developer apps will be available in addition to the existing suite of 15+ Exercise Modes and more than 1,200 apps and clock face currently accessible to Fitbit smartwatch users.