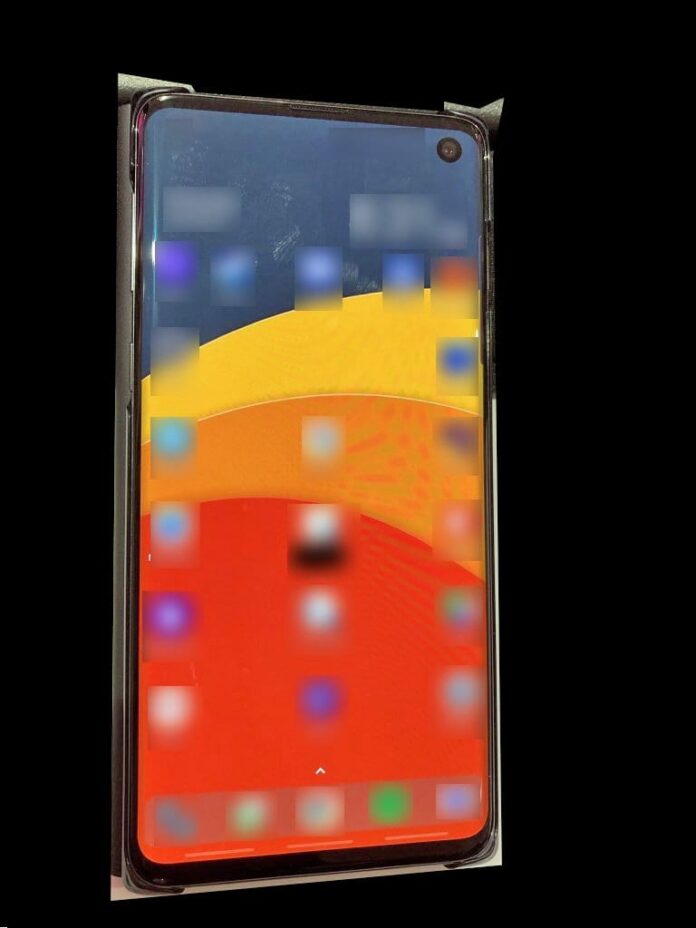 Every year, Samsung’s Galaxy S series flagship is a huge deal for the company as well as for the end-users. The S series will come with top of the line specifications and one of the best displays and cameras on a smartphone. But, one thing Samsung managed to keep the same in the last few iterations of their flagships is the design. However, going by the leaked images, we can see that even the design is going be different at least from the front view.

Samsung Galaxy S10 “Beyond 1,” in the wild. pic.twitter.com/EMquh59Kln

One major thing we can notice from the image is the notch-free design upfront with a 5.8-inch display and also a punch-hole camera, which I am sure is going to be one of the new trends in the 2019 smartphone. Samsung refers the display as infinity O display, as there is a cut-out upfront for the selfie camera. Also, the bezels are way thinner on all the sides and we can expect a screen-to-body ratio of more than 90%. The leaked image is the base model of Galaxy S10 and the Galaxy S10 Plus might come with a dual front-facing camera with a cut-out.

Further, Evan Blass claims that the Galaxy S10 comes with a pretty cool feature which is the ability to wirelessly charge other compatible devices like handsets and watches. Previously, we had seen Huawei Mate P20 Pro with the ability to reverse wireless charging, meaning you can charge any smartphone that supports wireless charging using Mate P20 Pro a charging pad.