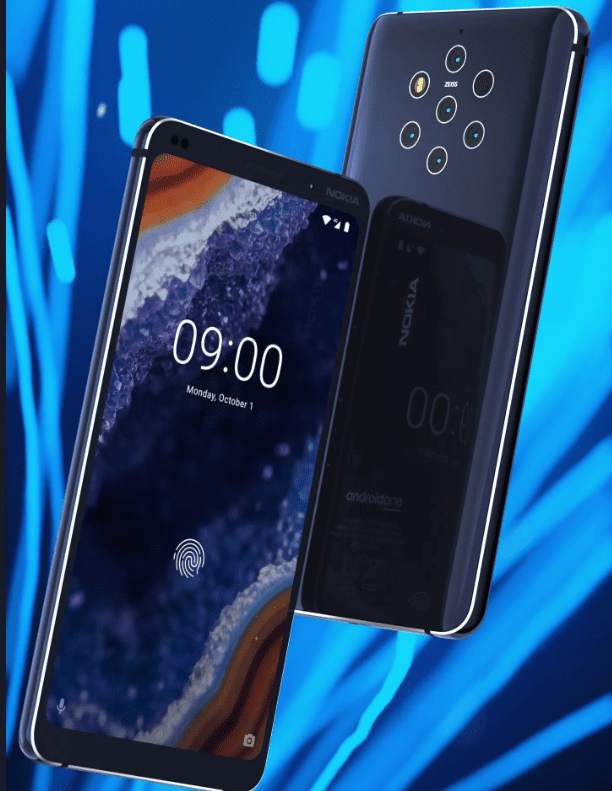 Huawei will be announcing a  new mid-range smartphone to the Indian smartphone market with the launch of Huawei Y9 2019.  The company has already started teasing the smartphone on Amazon India and also this smartphone is going to be Amazon Exclusive. Nokia’s flagship smartphone, Nokia 9 PureView is all set to be announced sometime around this month end with Penta-camera setup(5 cameras) with ZEISS optics, as seen on rest of Nokia flagships. With the rear cameras, users will be able to capture 5 simultaneous shots, 10X more light can be captured, more detailed shots and also crisp HDR shots. It also comes with shot re-focus feature for depth-of-field control. Here are the leaked specifications of the device:

Huawei’s sub-brand, Honor has already started teasing the arrival of Honor View20 on Amazon India and the phone is expected to be unveiled in India in the third week of January. The Honor View20 comes with a 48MP rear camera with f/1.8 aperture and a secondary TOF 3D camera with LED flash with AI vision and it sports a 25MP front camera with f/2.0 aperture. At the front, the smartphone packs in a 6.4-inch Full HD+ LCD IPS display and a notch-free design as the View20 comes with a punch-hole front camera. Here is the full specification of the device:

Realme had a great run in 2018 with the launch of 5 smartphones ranging from INR 6,999 to INR 17,990. The company is planning to announce a new budget smartphone that will be priced below the Realme U1, which is under INR 11,999. Only info available at the moment is that the upcoming Realme A1 will come in  Yellow & Black colors.

Korean giant, Samsung will be announcing a new M series smartphone this month and the flagship launch of the Galaxy S10 and the S10+ could be happening during the Mobile World Congress 2019, which is happening later in February. The company is expected to announce three smartphones under M series- M10, M20, and M30.

The Samsung M20 and M30 could be powered by the in-house Exynos 7885 processor coupled with 4GB RAM along with 64GB or 128GB storage. They are expected to come out with Full HD+ display with a notch up front and on the software front, they should come out with Samsung UI based on Android 81. Oreo with One UI upgrade sometime later after the launch.

The Samsung M10, on the other hand, will come with a big 6.5-inch display and is said to be powered by Exynos 7870 processor coupled with 3GB RAM along with 16GB and 32GB storage with microSD card option. Further, it is expected to pack in a 13MP rear camera and a 5MP selfie camera. The phone will feature a rear-mounted fingerprint scanner and is expected to come out with Android 8.1 Oreo.

Moto is expected to unveil four smartphones under the G7 series pretty soon. The G7 series includes- Moto G7, Moto G7 Plus, Moto G7 Power, and Moto G7 Play smartphones. The Moto G7 press renders was leaked a few days ago and the device will come with a dew-drop notch upfront and will feature a dual rear camera set up along with the rear-mounted fingerprint scanner. The same applies to the Moto G7 Plus, we expect only a few internal changes with the G7 Plus compared to G7.

Consumer Electronics Show 2019 is scheduled to happen from Jan 8-11 at Las Vegas, USA and there will be a lot of smartphone launches and announcements happening out there. Sony is expected to announce Xperia XA3, Xperia XA3 Ultra, Xperia L3 smartphone at the event. There will be lot more launches coming out from the CES floor this year, make sure you’re following us on Twitter for the latest updates.

These are the smartphone that we expect to come out in this month, which one excites you the most? Drop a comment and let us know.