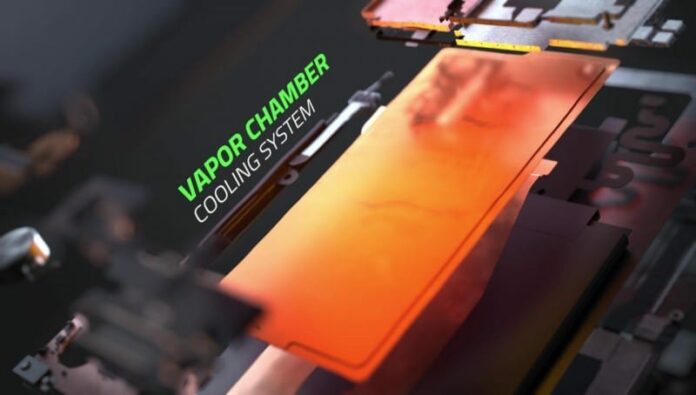 With smartphones testing the limits of processing power with each passing year, it is really important for the smartphone makers to use the best of technology to keep them cool. We have seen a lot of advancements in cooling tech for computers both desktops and laptops but due to much smaller form factor smartphones can’t adopt similar technology.

So here are some of the different ways smartphone makers are keeping their smartphones cool. They range from graphite lamination, radiation slots to copper pipes. Let’s have a look –

1.Nubia Red Magic: The Nubia Red Magic has an air-cooling technology with nine air radiation slots apart from three-layer graphite lamination technology. There is also a dedicated gaming button to activate a gaming mode that enables users to disable incoming calls, messages, and other notifications. The button also enables a ‘turbo acceleration mode’ to boost the performance of the smartphone for gaming. It has 64GB and 128GB of onboard storage options. The Nubia Red Magic packs a 3,800mAh battery that supports NeoPower 3.0 and Nubia fast charging technologies. The smartphone is priced at INR 29,999.

2. Xiaomi PocoF1: Poco F1 offered the flagship Qualcomm Snapdragon 845 processor, which has a big 4000 mAh battery and up to 8GB RAM and 256GB storage. This processor is paired with 6GB of RAM and liquid cooling technology, both of which help the smartphone in delivering better user experience. The Poco F1 due to its liquid cooling technology is able to maintain it’s cool and avoid overheating. PocoF1 was launched in India at a starting price of INR 20,999.

3. Asus Rog Phone: The ROG Phone has a built-in vapour-chamber cooling tech, which keeps it from getting overheated when gaming. It connects to the dual-USB C port on the right-hand side of the device. The phone is made of plastic and is not really much of a heatsink. The phone also offers a high refresh rate of 90Hz, while other smartphones have 60Hz displays. With the Qualcomm Snapdragon 845 chipset, Adreno 630 graphics and 8GB RAM, the smartphone is equipped to run the most hardware-intensive games. The gaming phone is priced at INR 69,999.

4. Nokia 8 – HMD opted for a copper pipe that is connected to a graphite shield, that sends the heat throughout the whole chassis (basically using the whole chassis as a heat sink) and keeps the Snapdragon 835 platform from overheating. Nokia 8 smartphone was launched in August 2017. It is powered by 1.8GHz octa-core processor and comes with 4GB of RAM. The phone packs 64GB of internal storage that can be expanded up to 256GB via a microSD card. The phone comes with a 5.30-inch touchscreen display with a resolution of 1440 pixels by 2560 pixels at a PPI of 554 pixels per inch. Nokia 8 price in India starts from INR 26,900.

We have arrived at the #HMDGlobal Home where they will be launching a range of Nokia smartphones. Watch the announcements live from #MWC18

5. Samsung Galaxy Note 9 – Samsung Galaxy Note 9 smartphone was launched in August 2018. The phone comes with a 6.40-inch touchscreen display with a resolution of 1440 pixels by 2960 pixels. The device is powered by 1.7GHz octa-core processor and it comes with 6GB of RAM. The phone packs 128GB of internal storage that can be expanded up to 512GB via a microSD card. With Note 9, Samsung knew it needed even more cooling power than it had with the S7 (or any previous phone). It achieved this in two ways: by incorporating a wider thermal pipe and adding a layer of copper in between two thermal spreaders to transfer more heat. 6. Razer Phone 2 – Razer Phone 2 smartphone was launched in October 2018. It is powered by 2.8GHz octa-core processor and it comes with 8GB of RAM. The phone packs 64GB of internal storage that can be expanded up to 1GB via a microSD cardRazer Phone 2’s vapour chamber cooling system has been optimized for smartphone cooling. This tech spreads out the heat all over the device thus reducing hot spots that make it uncomfortable to hold. So, do let us know which smartphone cooling technology did you like the best in the comments section below or tweet to us @theunbiasedblog or @nikhilchawla