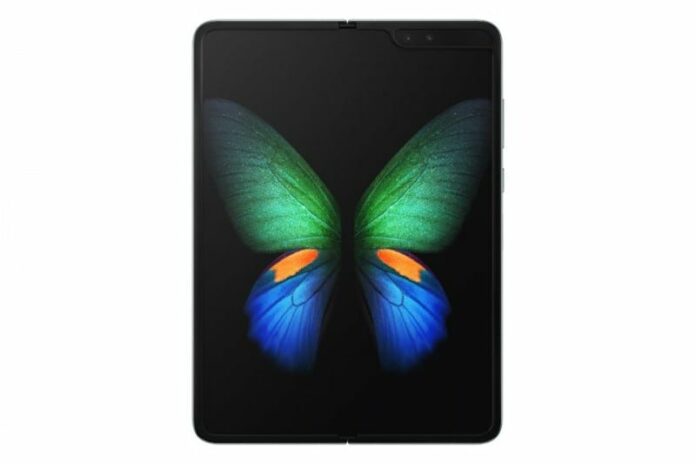 Along with the announcement of the new Galaxy Trio smartphones- S10, S10+, and S10e, Samsung also unveiled one of the much-rumored foldable smartphone- the Galaxy Fold in San Francisco last night. The Samsung Galaxy Fold comes with a new hinging mechanism, new design, and two batteries to offer users a whole new experience.

The Samsung Galaxy Fold can be used as a smartphone as well as a tablet when unfolded. Upfront, the Galaxy Fold comes with a 4.6-inch HD+ super AMOLED 21:9 display, when it is opened, you will get a 7.3-inch QXGA+ Infinity flex Dynamic AMOLED display with 4.2:3 aspect ratio. The Fold is powered by Samsung’s own 7nm 64-bit Octa-core processor and is packed with 12GB RAM, 512GB UFS 3.0 internal storage. The device is packed with 4,380mAH battery with support for both fast charging as well as wireless charging. It is running on Android 9.0 Pie based on Samsung One UI. One of the best features of the device is that you can use up to three apps at the same time on the big screen, which makes multitasking pretty easy. Other features of the device include a side mounted fingerprint scanner, sound by AKG with the stereo speakers, Wireless PowerShare to charge other devices, Multi-Active Window to open up to three active apps simultaneously on the main display(7.6-inch), and App Continuity which lets you seamless transitions between the cover and the main displays. As Galaxy Fold opens and closes, apps will automatically show up where you leave off. When you’re ready to take a photo, make in-depth edits, or have a closer look at the feed, open the display for a big screen and fuller canvas.