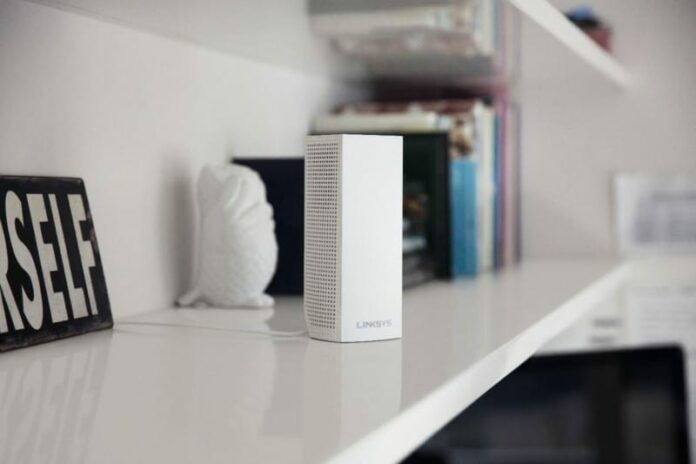 Linksys, a brand known for the home router and network solution has announced Velop, its premier Whole Home WiFi product in India. Velop is the Tri-Band modular WiFi system that can be installed in various mesh configurations providing fast and reliable WiFi to the edge of a home network. Velop has won multiple awards for its innovation and technology- a 2017 CES Innovation Award Honoree,  Best product of the year 2017, Best Mesh Router in 2017 and Editor’s Choice Award for 2017 and 2018.

Velop is designed for performance as well as elegance, it is small enough to be placed anywhere with a clean and attractive look that appeals to everyone. Each Velop “node” is a powerful Tri-Band AC2200 device that serves as a router, range extender, access point, and bridge which provides users the future proof technology they need as they bring new and more devices into the home. Each node is configured during setup by the accompanying Linksys app (available for iOS and Android), which provides the industry’s simplest and most intuitive setup leveraging Bluetooth to securely communicate between the mobile device and each node. Furthermore, Linksys and Trend Micro have teamed up to deliver new security features to users of the mesh-enabled Linksys Velop home router. The subscription software service allows Velop Tri-band users to block unwanted content/category and provide an additional layer of digital protection for your connected devices and family. The service will be available at a price of INR 419 monthly and INR 4,199 yearly.

Velop uses the three radios dynamically to determine the optimal path from the modem and “parent” node to each “child” node to ensure the fastest speeds to all client devices, regardless of which node they are connected to. Dynamic channel scanning algorithms evaluate the unique conditions of the wireless environment to select the best band (2.4 GHz or one of the two 5 GHz radios onboard) as well as the channels within each of the bands to improve performance between nodes and client devices.  Other Tri-Band modular systems cannot operate in multiple mesh configurations without introducing the bottlenecking effect due to their static “backhaul,” where a single radio is defined for inter-node communication, limiting their mesh capabilities. Velop can operate in a number of different mesh topologies and leverage all three radios for inter-node and client communication.

Velop can also use an Ethernet connection for inter-node communication to allow all three radios to communicate with clients and help WiFi reach distant locations, such as the basement or the garage. The union of dynamic Tri-Band technology and true mesh configuration makes Velop the only modular Whole Home WiFi system to provide 100% speed at the edge of the network.

The Linksys app is now completely redesigned and includes an app-led setup process for Velop. The entire setup flow happens within the app and uses Bluetooth to securely communicate between the mobile device and the nodes.

“Linksys has always been pioneers in home networking and I knew this was the team that could innovate and deliver the ultimate WiFi experience. Velop is a union of performance, design, and ease-of-use and provides what everyone wants – seamless, reliable WiFi.Linksys has set the bar for true mesh networking systems”, added Jenny Ng, General Manager, Linksys Asia.