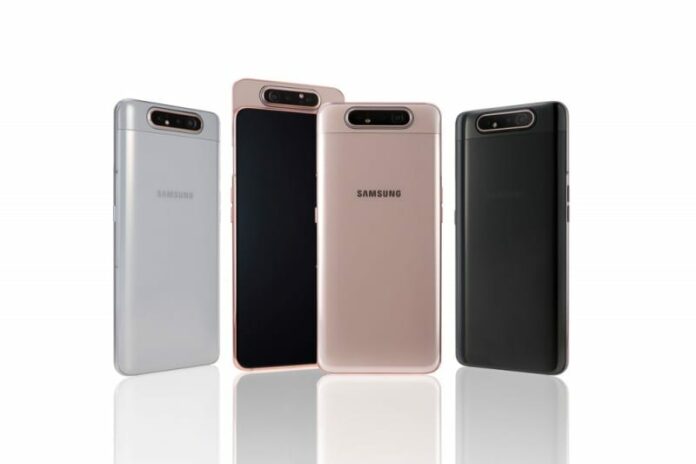 Samsung today unveiled a new smartphone in its A series with the launch of ‘Galaxy A80’. The latest Galaxy smartphone from Samsung comes with a unique triple rear camera set-up, Dolby Atmos support, Fast Charging capability, and much more. The Samsung Galaxy A80 was unveiled at an event in Thailand.

Diving in into the specifications, the Samsung Galaxy A80 flaunts a 6.7-inch Full-HD+ (2400 x 1080p) new Infinity-U Super AMOLED display with 20:9 aspect ratio, it is powered by the latest Octa-core Snapdragon 730G SoC, Adreno 618 GPU, 8GB RAM, and 128GB of storage with microSD card support up to 512GB. The Galaxy A80 is running on Android 9 Pie with Samsung One UI, it is packed with a big 3,700mAH battery with 25W Fast Charging via USB Type C port. The battery on the Galaxy A80 learns users daily routine and app usage patterns to optimize your phone’s power consumption and it also comes with Adaptive Power Saving Mode for the best performance needed. The device sports an In-display fingerprint scanner.

Coming to the camera department, the Galaxy A80 is packed with a triple camera set-up with pop-up and rotate mechanism. The smartphone features a 48MP primary sensor with an f/2.0 aperture, a secondary Ultra Wide 8MP (123°) sensor with an f/2.2 aperture, and a 3D Depth sensor to achieve live focus. Some of the key features of the camera include Scene Optimizer that can recognize and enhance up to 30 scenes and Flaw Detection that automatically identifies glitches before you click, Ultra Wide shots.

The device also comes with Dolby Atmos which produce sound with a 360-degree experience when using earphones or Bluetooth speakers. Other features include – Bixby Routines that helps keep you on track by learning your app usage patterns and analyzing your habits. Bixby Routines automates your everyday tasks and apps based on your routine, such as driving or being at work. Fortified by Samsung Knox is defense-grade security platform designed to protect from chipset to software. The Galaxy A80 includes Bixby button. The Galaxy A80 also features Galaxy experiences including Samsung Health, Samsung Pay and more. 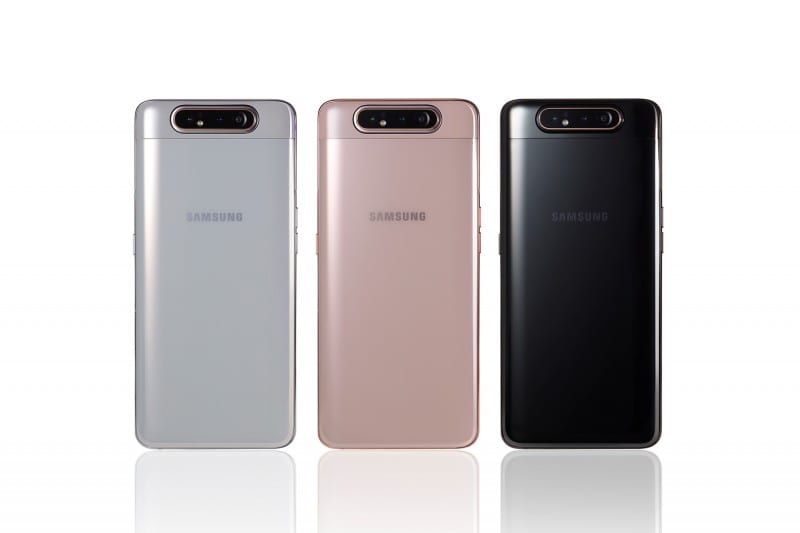