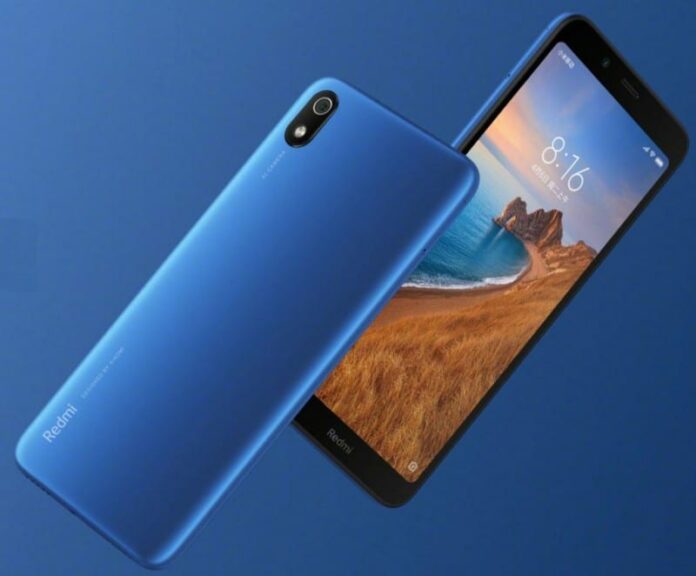 Xiaomi has announced its latest budget smartphone in China, the Xiaomi Redmi 7A. Redmi 7A is the successor to the Redmi 6A which was launched in India last year. The Redmi 7A comes with an Octa-core Snapdragon 439 SoC, 4,000mAH battery, and also comes with splash-proof P2i nano coating.

The Redmi 7A comes with a 5.45-inch (1440 × 720 pixels) HD+ 18:9 2.5D curved glass display, under the hood, it is powered by an Octa-Core Snapdragon 439 processor clocked at 2GHz, Adreno 505 GPU. It comes in two variants – 2/3GB RAM with 16/32GB internal storage respectively with microSD card support up to 256GB. The device lacks a fingerprint scanner but, comes with AI Face unlock. To power all the internals, the Redmi 7A is packed with a Xiaomi standard 4000mAH battery. In the camera department, the Xiaomi Redmi 7A comes with a 13MP primary camera with LED flash, PDAF and over at the front there is a 5MP front-facing camera. The device is running on MIUI 10 based on Android 9 Pie. Other features of the device include 3.5mm audio jack, Dual SIM, 4G VoLTE, WiFi 802.11 a/b/g/n, Bluetooth 5, and Splash-proof P2i nano coating.

The pricing of the device is not yet known and will be announced during the Redmi K20 launch on Tuesday.