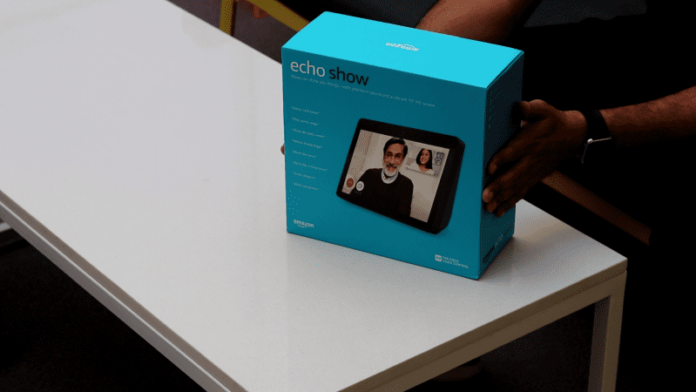 For most people the concept of a virtual assistant is fairly new, for them, a Smart Virtual Assitant is either Siri, Google or Alexa. Yes, I’m not counting Cortana or Bixby in this list. But to remind you all we had virtual assistants way before Siri launched on the iPhone 4s in 2011. Yes, you heard it right! A virtual assistant from the ’90s.

No, I’m not kidding! Let me remind you all about the Paper Clip in MS Office that tried to help you. Yes, Clippy was one of the first virtual assistants I remember interacting with way back in 97-98. But boy how things have progressed in the last few decades, with a voice assistant like Alexa having natural and contextual conversations with you. Anyone who has used Alexa powered Amazon Echo devices would agree to that. But things took another level when Amazon added a screen and camera to the already exceptionally smart Alexa. Say hello to Amazon Echo Show 2nd Gen that we are reviewing today.

So first let’s quickly unbox the device and see what comes in the box. I’ll be honest, I simply love the minimal packaging Amazon does for all its products and Echo show is no exception. As soon as you open the box you see the Echo Show device with documentation tucked in cleverly. Right underneath the device is the power adapter. Talking about the design – There is a 5-megapixel front-facing camera and an eight-array microphone setup. Four microphones on the front of the device and four on the top. The power button on the top of the device turns off the microphone and camera, so you can choose privacy when you need it, though there isn’t a physical shutter over the camera lens. Physical volume controls also remain at the top of the device, on the back is a DC power port, a micro USB port and a Kensington lock while on the front, it’s 10″ touchscreen. Overall, the Echo Show design resembles a Projection TV we used to have with a huge screen on the front, a large set of speakers, woofers and tweeters on the back under a fabric.

If you are wondering why would a smart speaker need a screen then think again. All your life you have interacted with smart assistants via screens of your PC, smartphone or tablets. So having a screen always helps and changes the way we interact with the smart assistants. Hence, the Amazon Echo Show is a visual storyteller and unlike any other smart assistant in the market. The Echo Show comes with a 10″ LCD screen with a 1280 x 800p resolution. It also has an ambient light sensor that adjusts the screen brightness automatically. Users also get manual controls by using the pull-down menu where you can find the brightness slider or by simply asking Alexa via voice commands. Even though Alexa is a voice-first virtual assistant, but devices like Echo Show need software running in the background to give users a great user experience. Like most smartphones and tablets, users can navigate by swiping screens and using the usual select and back gestures. The UI is simple and has a limited use case considering its a voice-first device. To be honest, I didn’t expect the Echo Show to have great sound. I mean, with screen, sensors, motherboard and mics taking most of the place I was expecting an average sound quality from the Echo Show. But it turned out to be the best sounding Echo device of all times. And trust me it can get really loud and thumping thanks to its speakers that come in the form of dual 2-inch, neodymium side-firing drivers and a passive bass radiator. But even with music playing at full volume you can say Alexa and it responds instantly. Yes, users can also customise the sound by tinkering around with Bass, Treble, Mid-Range and get the best sound out of the device. So, Alexa has got you covered if you like deep bass or loud vocals. Along with the Echo Show, I’ve the Echo Dot (2nd Gen) and Echo Plus (1st Gen) in different rooms across the home and all these devices complement each other so well.

If you like the idea of a smart display for cooking, exercising, monitoring surveillance cameras, controlling smart home devices, calling or watching videos, the newest Echo Show is a great option. The added screen is not just a screen, its a new way to interact with smart virtual assistants and you are going to love it. Honestly, you will get so used to on-demand karaoke sessions; exercising, cooking, how-to etc videos that you would not want to go back to a device that doesn’t have a screen. And with that thumping bass and large screen, it has become our resident smart DJ with no need to attach extra speakers. The only thing Amazon missed out on is a physical shutter for the camera. Yes, you can shut down the mics, camera and even the screen electronically. But the sense of security you get by switching them off physically is reassuring in the age of privacy lapses. That said, there is no competition for Echo Show in the Smart Assistant market as no other company offers similar screen size, easy accessibility, loud set of speakers and a plethora of skills in one device. With the Echo Show, Amazon shows the competition how to make a perfect smart home assistant. The Echo Show 2nd gen is a must have smart home assistant for every home. There are no ifs or buts, it does everything!