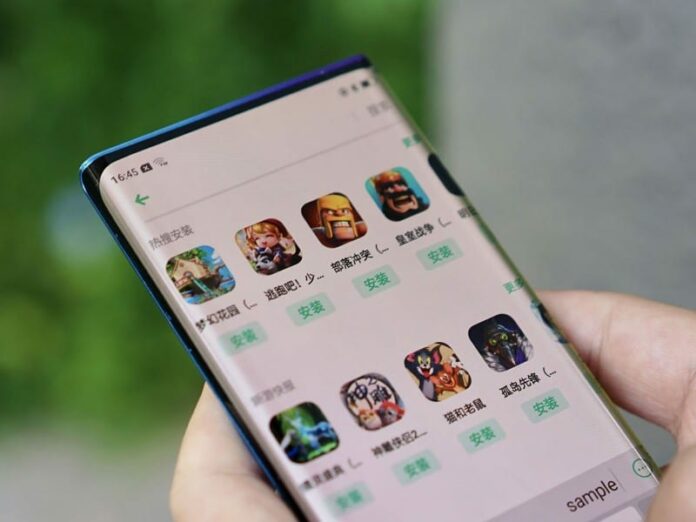 Chinese smartphone maker, Oppo today showcased its latest smartphone innovation. Earlier today, the company tweeted “Taking borderless smartphone innovation to new heights, we’re thrilled to give you a first look at ‘Waterfall Screen’ technology. What do you think the screen-to-body ratio is on this prototype?.” Last month, the company had showcased its under-screen camera(USC) technology for its upcoming smartphones. The Oppo smartphone is also said to have 88-degree curved sides which will take the scree-to-body ratio of the smartphone to the higher 90s. As you can see in the above pictures, the device doesn’t have a front-facing camera as it is a prototype. However, when the device is out in the market, we expect it to pack in the under-screen camera which the company had showcased earlier. Over the past few years in the smartphone world, Oppo has been one of the most innovative company – they came up with a rotating camera a few years ago with Oppo N1 and N3 and they launched Oppo Find X with the motorized camera last year. Also, the company has successfully completed the 5G internet test and the world’s first 5G group video call on a smartphone. With the latest Waterfall Screen technology, the company is now ready to innovate in the display segment. The Waterfall Screen lacks any kind of notch or a punch-hole camera as seen with the smartphone this year. There are no further details of the smartphone yet, however, it looks like the device will be the successor to the Oppo Find X which was launched last year and the announcement could be made by the year-end or early next year.

What are your thoughts on the Oppo’s Waterfall Screen technology, let us know in the comment section below. For more news and updates follow us on Twitter.