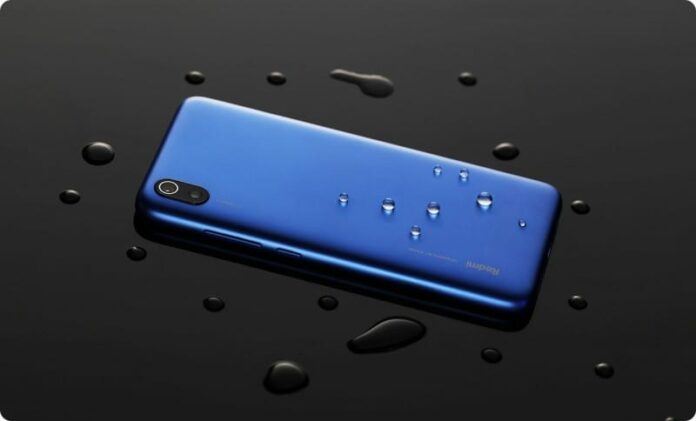 Xiaomi India today announced a new budget smartphone in the country, Redmi 7A. The Redmi 7A is the successor to the Redmi 6A, a popular Redmi device in sub INR 6,000 market in India for the past few months. The Redmi 7A comes with a 2-year warranty period, which is a first for the Redmi Series and also comes with Supports wireless FM Radio with built-in antenna.

Diving into the specifications, the Redmi 7A flaunts a 5.45-inch (1440 × 720 pixels) HD+ 18:9 2.5D curved glass display, the display on the phone is TÜV Rheinland certified display that reduces harmful blue light. Under the hood, it is powered by an Octa-Core Snapdragon 439 processor clocked at 2GHz, Adreno 505 GPU. It comes in two variants – 2GB RAM with 16/32GB internal storage with microSD card support up to 256GB. The device lacks a fingerprint scanner but, comes with AI Face unlock. To power all the internals, the Redmi 7A is packed with a Redmi standard 4000mAH battery.

In the camera department, the Xiaomi Redmi 7A comes with 12MP AI rear camera with Sony IMX 486 sensor, LED flash, PDAF, 1.25μm large pixels and there is a 5MP front-facing camera with AI Beautify support. The device is running on MIUI 10 based on Android 9 Pie. Other features of the device include 3.5mm audio jack, Dual SIM, 4G VoLTE, WiFi 802.11 a/b/g/n, Bluetooth 4.2, and Splash-proof nano coating.