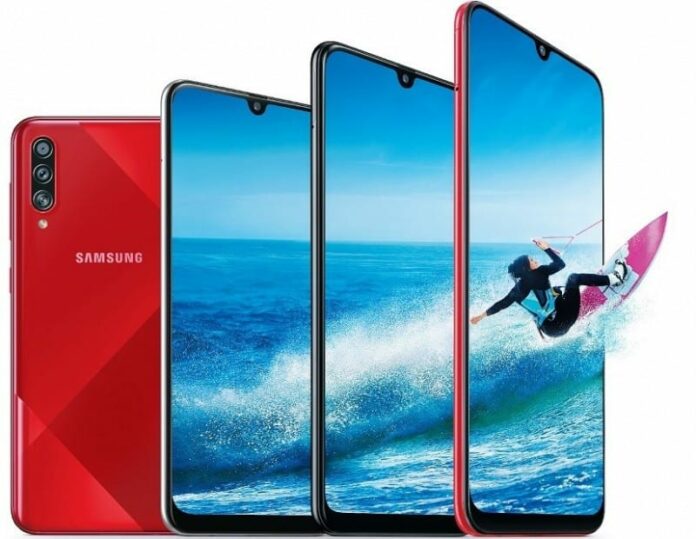 Samsung has announced a new Galaxy smartphone under the A-series today in India, the Galaxy A70s. The Galaxy A70s packs in a 64MP triple rear camera at the rear, In-display fingerprint scanner, massive battery, and also support for Samsung Pay. The device will be only the second smartphone in India to feature a 64MP camera after the Realme XT. Back in April, Samsung had launched the Galaxy A70 with very identical specs and price.

Coming to the specifications, the Samsung Galaxy A70s flaunts a 6.7-inch Full-HD+ (2400 x 1080p) new Infinity-U Super AMOLED display with 20:9 aspect ratio, it is powered by an Octa-core Snapdragon 675 SoC, Adreno 612 GPU, 6GB or 8GB RAM with 128GB of internal storage with microSD card support up to 512GB. The Galaxy A70s is running on Android 9 Pie with Samsung One UI, it is packed with a massive 4,500mAH battery with 25W Fast Charging via USB Type C port. The device sports an In-display fingerprint scanner, similar to the Galaxy A70.

The Galaxy A70s is also equipped with Samsung Pay which enables consumers to carry their wallet on their phone and pay almost everywhere securely. Galaxy A70s also features Scene Optimizer which analyses a scene across 20 modes and adjusts the color, contrast, and brightness to instantly optimize image quality. Dolby Atmos produces sound with a 360-degree experience when using earphones or Bluetooth speakers.