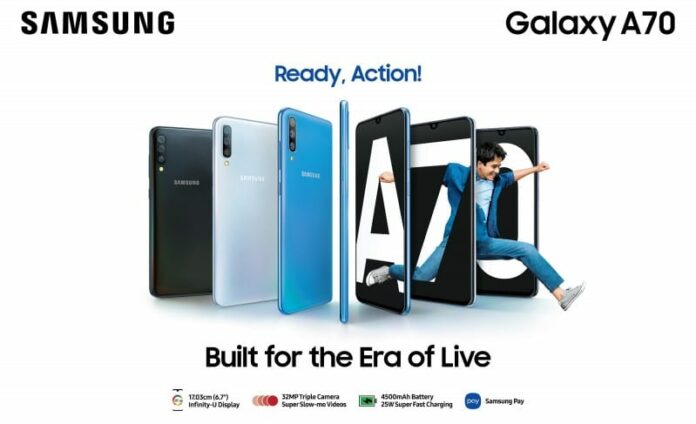 Samsung India is on the roll and has launched yet another Galaxy smartphone under the A series. Today, the company announced yet another mid-range premium smartphone in the country – Samsung Galaxy A70. The smartphone was initially announced in Russia a month ago and it has now arrived in India. The Galaxy A70 packs in a triple rear camera at the rear, In-display fingerprint scanner, massive battery, and also support for Samsung Pay.

Coming to the specifications, the Samsung Galaxy A70 flaunts a 6.7-inch Full-HD+ (2400 x 1080p) new Infinity-U Super AMOLED display with 20:9 aspect ratio, it is powered by an Octa-core Snapdragon 675 SoC, Adreno 612 GPU, 6GB RAM, and 128GB of storage with microSD card support up to 512GB. The Galaxy A70 is running on Android 9 Pie with Samsung One UI, it is packed with a massive 4,500mAH battery with 25W Fast Charging via USB Type C port. The device sports an In-display fingerprint scanner, similar to the Galaxy A80. 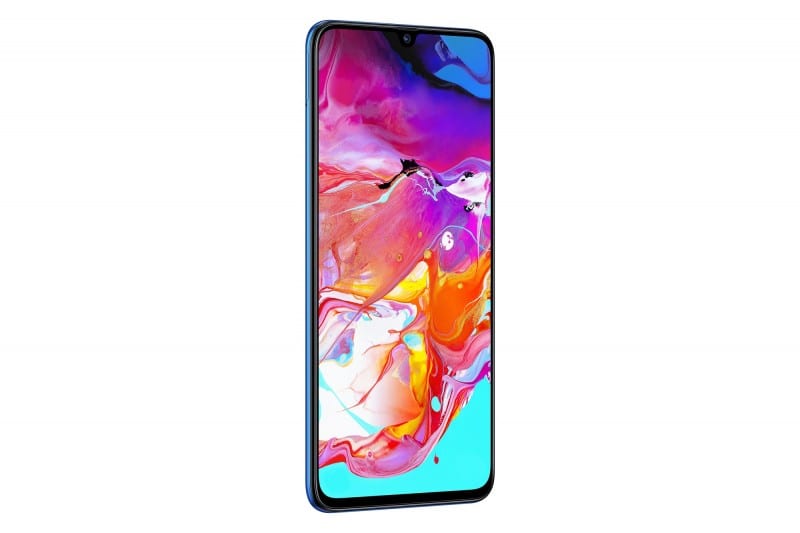 The Galaxy A70 is also equipped with Samsung Pay which enables consumers to carry their wallet on their phone and pay almost everywhere securely. Galaxy A70 also features Scene Optimizer which analyses a scene across 20 modes and adjusts the color, contrast, and brightness to instantly optimize image quality. Also, the device comes with Widevine L1 Certification for streaming of true HD content, Dolby Atmos support which produces sound with a 360-degree experience when using earphones or Bluetooth speakers. 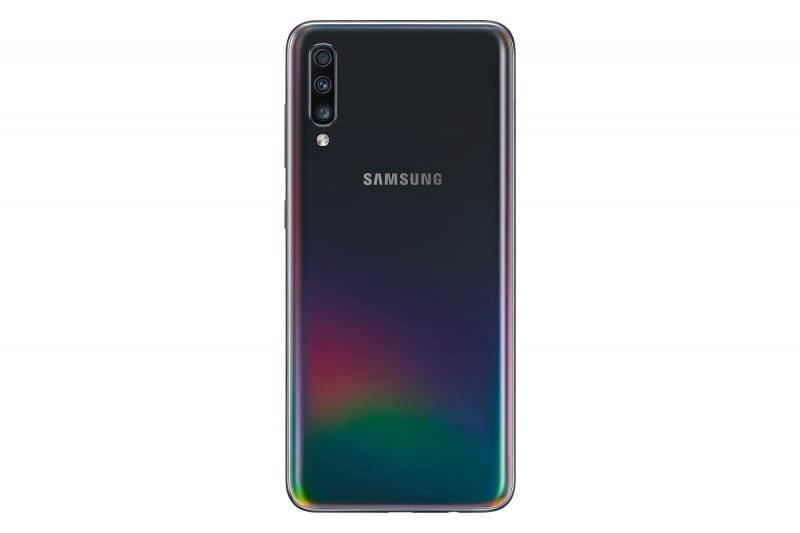 The Samsung Galaxy A70 is priced at INR 28,990 and available for pre-book between April 20-April 30 and will go on sale starting May 1, 2019, across all retail stores, Samsung e-Shop, Flipkart, and Samsung Opera House. Consumers who pre-book can purchase Samsung U Flex Bluetooth device worth INR 3,799 for INR 999.

“Our recently launched Galaxy A line has seen an unprecedented success since its launch. It has reached a milestone of USD 500 million in sales within 40 days of launch. We are confident that we will make Galaxy A line a $4 billion brand by the end of 2019,” said Ranjivjit Singh, Senior Vice President and Chief Marketing Officer of Samsung India.