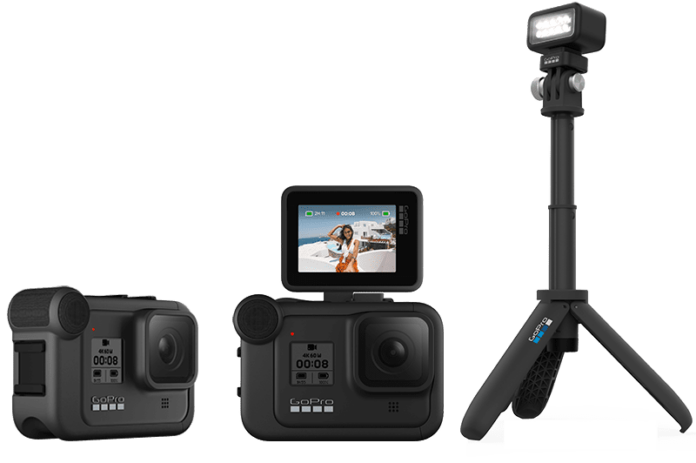 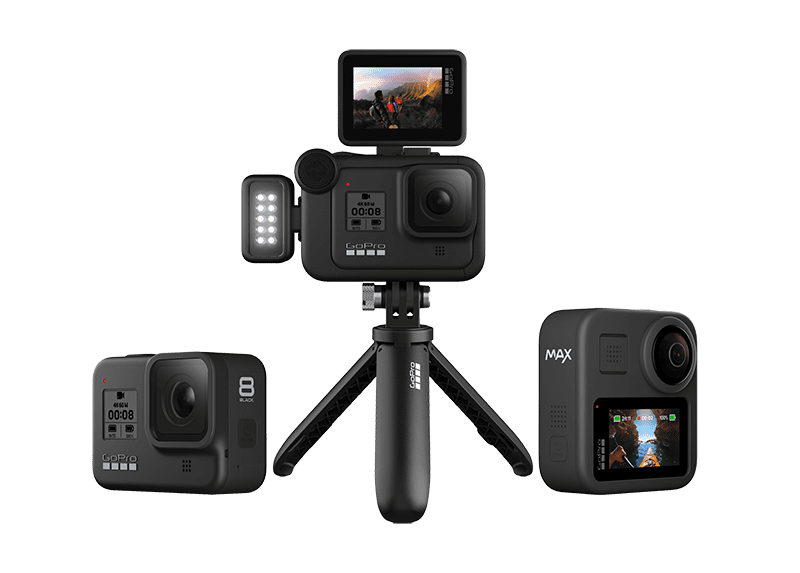 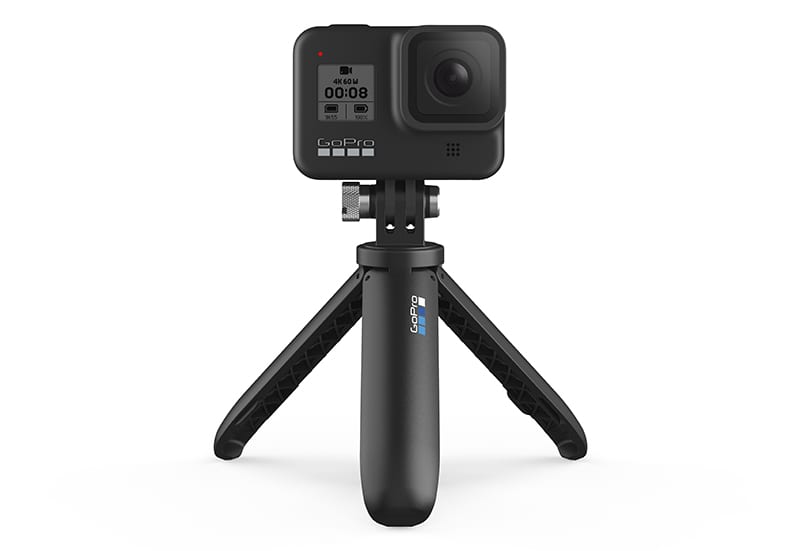 GoPro MAX features a dual-lens GoPro camera. It is a waterproof, maximum-stabilized single-lens HERO camera, dual-lens 360 camera or vlogging camera with its built-in front-facing display and shotgun-mic audio capabilities. No matter how you use it, MAX delivers video stabilization with Max HyperSmooth. MAX also features four digital lenses, including the new ultra-wide Max SuperView—GoPro’s widest field of view ever. Also, it includes in-camera 360 video and photo stitching plus keyframe-based editing of 360 content in the GoPro app. 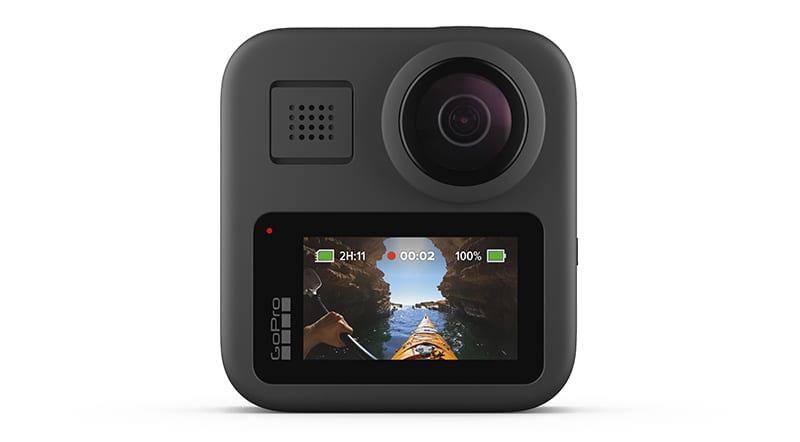 Display Mod: Priced $79.99 Display Mod is a folding front- or rear-facing 1.90-inch display that attaches to the top of the Media Mod. It’s the perfect size for both framing up vlogging shots and folding down and out of the way when not in use.

Light Mod: Waterproof to 33 feet (10 meters), wearable and gear-mountable, the $49.99 Light Mod is the world’s most versatile light. The Light Mod is ready to brighten any scene, whether mounted to the Media Mod or attached to a GoPro mount, it’s rechargeable, and it comes complete with a diffuser to soften lighting when filming with HERO8 Black.