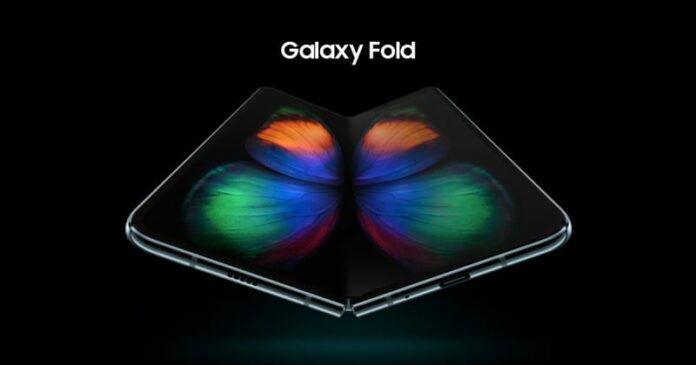 Samsung’s Galaxy Fold has had a roller coaster ride this year, the device was announced in February and went on pre-booking in April in the US and it was also tipped to launch in India back in April. Just after the reservation started, many reviewers started reporting issues with the display and the body of the Galaxy Fold. Since then the company halted the reservation and has been working on the issues and the Galaxy Fold and was finally launched in September in select markets. Today, the Samsung Galaxy Fold was officially launched in India.

During the past several months, Samsung has been refining the Galaxy Fold to ensure it delivers the best possible experience. Back in July, the company announced that they are working the issues and coming up with an improvised version of the Galaxy Fold. Here are the design and construction improvements that Samsung has made in the past few months:

The Samsung Galaxy Fold can be used as a smartphone as well as a tablet when unfolded. Upfront, the Galaxy Fold comes with a 4.6-inch HD+ super AMOLED 21:9 display, when it is opened, you will get a 7.3-inch QXGA+ Infinity flex Dynamic AMOLED display with 4.2:3 aspect ratio. The Fold is powered by 7nm 64-bit Octa-core processor and is packed with 12GB RAM, 512GB UFS 3.0 internal storage.

The device is packed with 4,380mAH battery with support for both fast charging as well as wireless charging. It is running on Android 9.0 Pie based on Samsung One UI. One of the best features of the device is that you can use up to three apps at the same time on the big screen, which makes multitasking pretty easy.

Further, the device includes a side-mounted fingerprint scanner, sound by AKG with the stereo speakers, Wireless PowerShare to charge other devices, Multi-Active Window to open up to three active apps simultaneously on the main display(7.6-inch), and App Continuity which lets you seamless transitions between the cover and the main displays. As Galaxy Fold opens and closes, apps will automatically show up where you left off. When you’re ready to take a photo, make in-depth edits, or have a closer look at the feed, open the display for a big screen and fuller canvas.

Galaxy Fold comes with 12GB of RAM and 512GB internal storage and will be available in Premium Cosmos Black color for INR 1,64,999. Pre-bookings for Galaxy Fold in India open on October 4, 2019, and deliveries will begin on October 20, 2019. Galaxy Fold will be available for pre-booking online on Samsung’s official online store, Samsung Shop, and offline in 35 cities across select 315 outlets, including the iconic Samsung Opera House in Bengaluru.