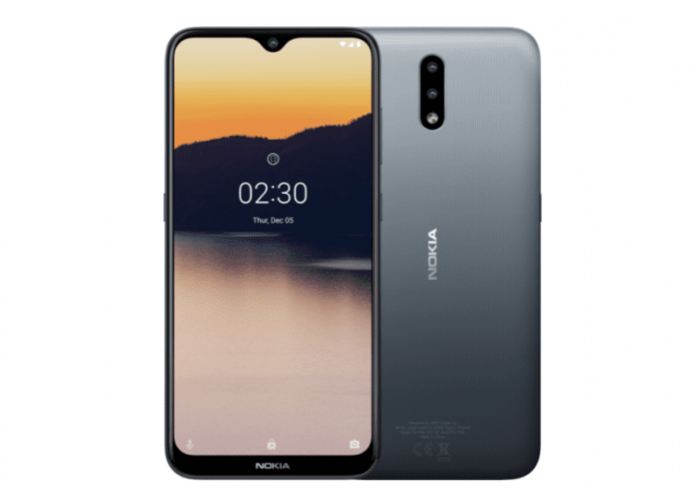 The Nokia 2.3 comes with a 6.2-inch HD+ 19:9 display with a notch, it is powered by a Quad-core MediaTek Helio A22 processor coupled with IMG PowerVR GPU. The Nokia 2.3 will be available with 2GB RAM and 32GB internal storage with microSD card support up to 512GB. It is running on Android 9.0 Pie and is packed with a 4000mAH battery. Also, the device misses out on the fingerprint scanner but, there is Face Unlock. On to the camera, the Nokia 2.3 features a 13MP+2MP dual rear camera with f/2.2 aperture and a 5MP front-facing camera with f/2.4 aperture. Other features include a 4G, VoLTE, 3.5mm Headphone Jack, WiFi 802.11 b/g/n, Bluetooth 5, GPS, micro USB port. It features a 3D nano-textured cover finish with high-precision diecast aluminum chassis makes the structure solid and rigid protecting all the components inside.