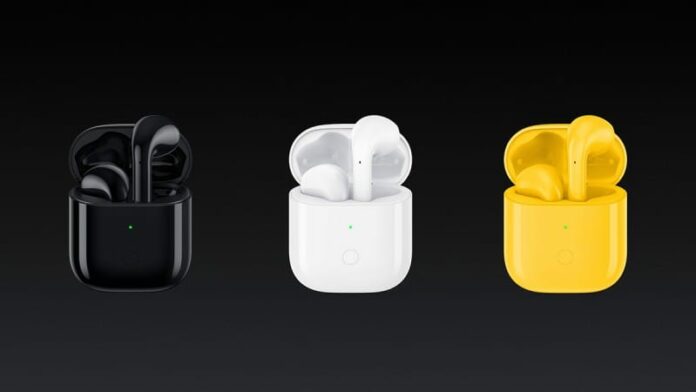 Realme has announced a new mid-range smartphone in India today. As the company had already announced a few months back, the Realme X2 was announced at an event in New Delhi today. Also, along with the new smartphone, the company also announced Realme Buds Air, truly wireless earphones that is very similar to the Apple Airpods(first gen).

The Realme X2 is the successor to the Realme XT which was launched in India back in September. The Realme X2 comes with a 6.4-inch Full HD+(2340 x 1080p) AMOLED display. Under the hood, it is powered by the Snapdragon 730G Processor clocked at 2.2GHz, coupled with Adreno 618 GPU. The device comes in with LPDDR4X RAM and UFS 3.0 storage in three variants – 4+64GB, 6+128GB, 8+128GB with Micro SD card support up to 256GB. To power all the internals, the Realme X2 is packed with a 4000mAH battery with 30W VOOC 4.0 fast charge that can be juiced up via Typ-C port. On the software front, the device is running on Android 9 Pie with ColorOS on top. The Realme X2 features a Quad-camera set-up at the rear with 64MP+8MP+2MP+2MP sensors with an LED flash. The primary 64MP being a Samsung ISOCELL Bright GW1 sensor with f/1.8 aperture, 1/1.72-inch large sensor, an 8MP ultra-wide-angle lens to captures 1.5x more details with 119-degree FoV, f/2.25 aperture, the 2MP super macro lens comes with a 4cm microscopic focal-length, f/2.4 aperture, and a 2MP Portrait lens with f/2.4 aperture to get a better, sharper, and clear portraits. Over at the front, the device comes with a 32MP selfie shooter with f/2.0 aperture. Other features of the device include an In-display fingerprint scanner, 3.5mm audio jack, Dual SIM, 4G VoLTE, Wi-Fi 802.11 ac(2.4G+5G), Bluetooth 5, GPS, and NFC.

The device goes on sale from December 20th on Flipkart, Realme.com.

The Apple Airpods(first gen) like looking Realme Buds Air comes in three color options – White, Black, and Pink. It comes in a plastic case with a USB Type-C port. The case comes with an LED indicator and a pairing button. Also, the Buds Air supports wireless charging. It supports multiple gestures and taps. The Realme Buds Air is priced at INR 3,999 and will go on sale starting December 23rd. And, there there is a special sale today at 2PM on both the platforms. For more news and the latest updates follow us on Twitter and Facebook.