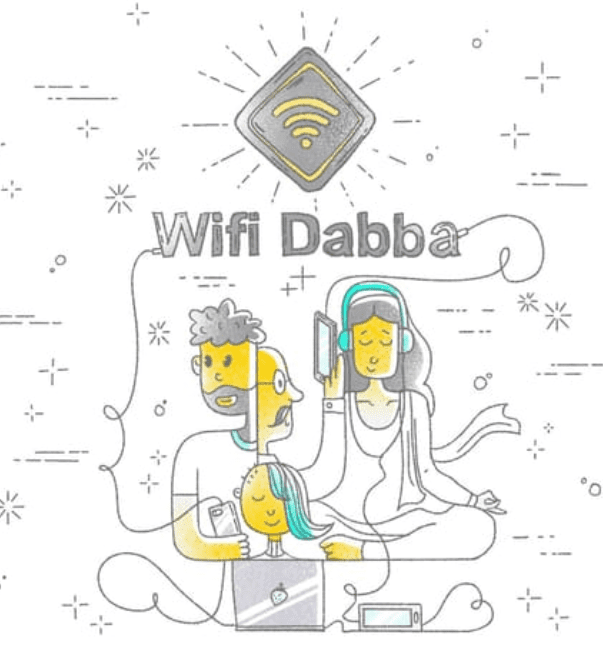 Bengaluru based startup, Wifi Dabba who is bullish about providing internet connectivity across individuals and corporate parks at speeds upto 1GBPS with pre-paid plans that cost as low as INR 1/GB is now in talks with investors from the US and India to raise its Series A funding as it aims to expand the broadband service in Bengaluru city and more. The startup also provides connectivity to over 10,000 co-living spaces in the city, and users who enjoy prepaid billing and roaming on WiFi.

Wifi Dabba has invested around USD1.7 Million over the last three years to come up with Supernodes, an alternative to Fibre optic cables that are currently the backbone for ISPs across the world. Supernodes utilize eye-safe lasers to transmit bandwidth across long distances without the use of any fiber optic cables. The YCombinator backed ISP startup foresees to deploy around 100 Supernodes this year that will provide coverage across the city.

Wifi Dabba is currently creating a virtual topology map of Bangalore city that will allow to preemptively decide the most optimal locations to install the Supernodes. WiFi Dabba doesn’t rely on third-party hardware, software or infrastructure. Headquartered in Bangalore, the company has developed proprietary hardware, software, and networking that saves a lot on vendor margins.

Wifi Dabba uses a proprietary technology stack that is completely built in-house. The Supernodes do not use fiber; they use lasers that make a mesh over the city- that brings down the cost drastically. The lasers are eye-safe and can communicate over distances of up to 2 km with no latency. The supernode includes a weather sensor, CCTV, and other devices to monitor the conditions around it.

Speaking about the technology, Karam Lakshman, CEO and CTO of Wifi Dabba said, “Supernodes are revolutionary not because of what they cost but how they compare in price with legacy technology. Fibre is the key word in the ISP fraternity currently but, it is also the most expensive part of this ecosystem. To be an ISP, one needs to buy lots of fiber which is both expensive and delicate and needs permissions to initiate the infrastructure proceedings and manage a huge maintenance crew for all the localities. On the contrary, Supernodes will cost us 1/10th of what it would cost to set up a legacy ISP that uses fiber”.