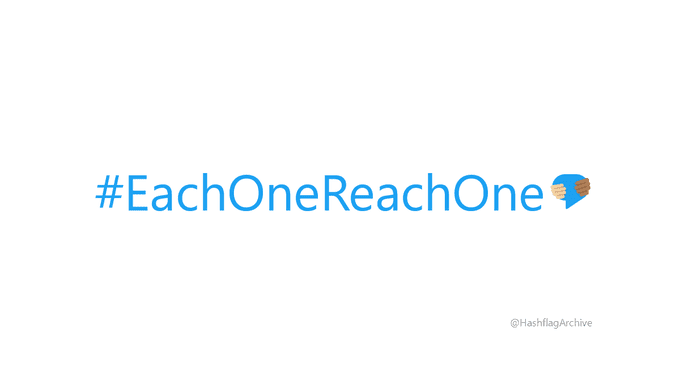 The power of a uniquely open service during a public health emergency is clear. As the nation combats the COVID-19 pandemic, Twitter India is supporting an initiative #EachOneReachOne, aiming to bring communities together in this time of need. Reflecting the power of Twitter through civic engagement, volunteerism, and collective efforts from the society, the #EachOneReachOne campaign will be driven by four key pillars:

The initiative will be driven by four different organisations for their respective contributions to the causes: Give India (@GiveIndia), Observer Research Foundation (@orfonline), Youth ki Awaaz (@YouthKiAwaaz) and White Swan Foundation (@mentalhealthind), with Twitter providing #adsforgood grants to empower the campaign. This will enable the organisations to reach millions of people across India in these unprecedented times.

To mark the campaign and invite collective participation from the people, Twitter has launched a specially customised emoji dedicated to the initiative. The emoji design represents a ‘comment icon’ on Twitter, signifying the importance of conversation, connectivity, warmth, empathy and compassion in times such as these.  People can insert the emoji into their Tweets by using any of the following hashtags

Twitter, together with the four organisations, will empower the community-at-large in different ways, as the country navigates a path forward through unprecedented times. Twitter’s support for this initiative is a part of the Twitter for Good (@TwitterForGood) initiative, a philanthropic mission that harnesses the positive power of the service to make the world a better place.

Elaborating on this and the support to the initiative, Mahima Kaul (@misskaul), Twitter’s Director, Public Policy, India and South Asia, commented: “Our work has never been more critical and our service has never been more important in driving public conversation. Through the #EachOneReachOne initiative, we are urging all Indians to stand with each other in solidarity to cultivate understanding, equality, and opportunity in our communities.  We are optimistic that the positive power of Twitter will aid the extraordinary #EachOneReachOne initiative in helping affected people across the country.”