Is Motorola Edge+ the best flagship smartphone of 2020? 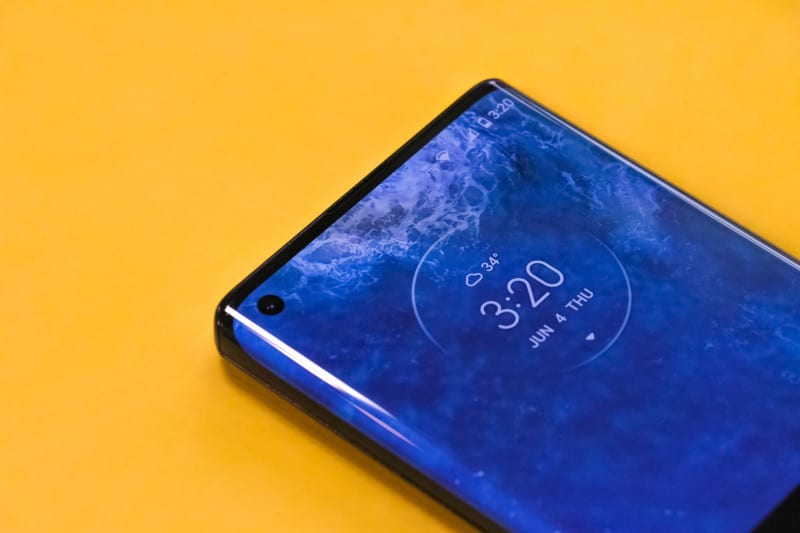 Unlike most other smartphone makers, Motorola has always tried to do something new, different, and courageous. The world’s first mobile phone makers have always been the trailblazers. They have led from the front entire generations of mobile phone and smartphone users. Be it the worlds fast mobile phone the DynaTAC, the iconic Moto Razr phones of the earlier era or the Moto X the first customizable smartphone to the modular Moto Z smartphone. And even the latest Moto Razr reincarnation to start the year with a bang.

And they have done it again in 2020. Yes, conceptualized in their design headquarters at Chicago, USA, the company has created a smartphone that has the world’s first 90 degrees curved, Endless Edge display with a 90hz refresh rate, Fastest processor and data speeds, Largest camera sensor available in the market, Loudest audio, biggest battery capacity on a flagship device, a 3.5mm Audio Jack (hallelujah), Wireless charging with reverse wireless charging and so much more. It is a cutting-edge smartphone (no pun intended) that outperforms the best of flagship smartphones with its specs and features.

But before we get into that, just a refresher – a flagship smartphone is a smartphone that has all the latest and greatest specs available at the time of launch. For example, the latest smartphone from the Android ecosystem should have Snapdragon 865 processor with 5G connectivity.

Now that is one filter that we have applied so that it is easier for us to list all the devices that come with this flagship SoC:

So, as you noticed there are a handful of android flagship smartphones that you can buy in India at the moment. And out of that, we can only see two premium brands – Motorola and Samsung. No, OnePlus may consider itself a premium brand, but it is not by any standard. They have always made a worthy alternative to a flagship but never the flagship device. Their devices always had the worst of cameras, lacked water resistance and even wireless charging. So basically, One Plus 8 Pro is their first attempt to make a complete and premium flagship smartphone. And honestly, you should wary from investing in a flagship premium from a company that has blatantly lied to its loyal fans and users time and time again. Be it fudging the benchmark scores or the DxO mark camera benchmark fiasco with their last device. They have earned a bad reputation for themselves with these notorious and corrupt ways to convince buyers.

So, our face-off must be with the two bigwigs of the smartphone industry – Motorola and Samsung. There is no denying that both the companies make great smartphones, and offers the best of build quality, components, and experience. But things change when we bring India into the perspective. In India, Samsung does a very imprudent thing of replacing the Qualcomm chips with its own Exynos for cost-cutting. I would not say it is a bad thing to push your own hardware but at least give buyers an option to choose from. As a brand, you should not impose your decisions on your customers when you are providing a better alternative elsewhere.

To be honest, after testing the Motorola Edge + for a week now I can say there is no competition of this smartphone in India. There is not even a single device that can even match its specs and features even on paper forget about the quality experience of using the device.

But for your benefit, we compared the two premium android flagship devices and here are the findings –

Now Samsung is known for its displays and to beat the champ in its own game is Motorola had to think out of the box and that is exactly what they did with the Endless Edge display on Edge+. Motorola’s flagship smartphone comes with a world’s first curved display with a 90hz refresh rate.

The 6.7” OLED panel curves 90 degrees on both sides giving the most immersive on a handheld device. Even with such a huge display the Edge+ is a charm to hold and use with a single hand thanks to the 21:9 tall display. The display on the Edge+ comes with a massive 93% screen to body ratio.

Who am I to judge when the prestigious Red Dot Design award has already been to the Motorola Edge+ for its outstanding design.

They say it’s all in the experience! And that is why the software plays an important role. You can ruin great hardware with terrible software. Motorola trumps in this department too thanks to its clean, ad-free, bloatware-free Android experience. In fact, Motorola just enhances the stock android experience with their trusted and loved Moto Actions.

Another edition this time is Gametime that cuts all distractions and uses the Edge of the display to give you virtual buttons on the top to ace in any game you play. Be it Asphalt or PUBG, you will feel the difference and most likely win them with ease.

On the other hand, even though the Samsung UI has improved leaps and bounds with the latest OneUI it still has a lot of Samsung bloatware. Don’t forget Samsung smartphones are trolled for getting slow within months of use.

While both phones come with the latest Android 10 OS. Motorola Edge+ is more likely to stay faster over the years and get timely OS updates and upgrades.

What you post from your phone on social media is how people judge you. Imagine posting a bad low light photo or a blurry landscape photo or even worse a shaky video. It immediately denotes that you are using a crappy device, or you are bad with cameras. My point being that smartphone photography and videography is a serious thing and you cannot undermine it.

The Motorola Edge+ comes with a quad-sensor rear camera setup of (108MP + 8MP + 16MP + 3D ToF) with Dual OIS developed by Sweden-based Imint Image Intelligence. The S20 Ultra as the name suggest has a similar setup (108MP + 8MP + 16MP + 3D ToF[RS3] [RS4] ). While Samsung has a bigger telescopic Zoom lens but Motorola Edge+ has a bigger Ultra-wide lens at 16MP vs 12MP on the S20 Ultra. And in most scenarios, you would be using the Ultra-wide lens more than the Zoom lens making Edge+ a more versatile camera setup.

Even though it is a simple as a binary that Qualcomm Snapdragon 865 is way superior to the Exynos 990 SoC. It is important to bring to your attention that Edge + is a futureproof smartphone for the next few years as it comes with 5G connectivity whilst the S20 gets only the 4G LTE-only Exynos 990 SoC. Well, that is not all the Edge + gets 12GB of DDR5 RAM and 256GB of ROM with Turbo Write UFS 3.0 storage. Now that is double the storage capacity than the Galaxy S20 Ultra.

To sum it up, Edge+ offers faster processing speeds, better connectivity and double the memory making the Edge+ lead the performance and throwing Samsung’s flagship smartphone out of the picture.

If the above-mentioned features haven’t got your convinced that the Motorola Edge+ is a much superior device at a much lesser price. Then here are some more reasons for you to totally drool over it.

Motorola is the only smartphone maker to have the COURAGE to launch a flagship smartphone with a 3.5mm Audio Jack. But even if you aren’t using your headphones, you will still get studio-level sound thanks to the Technical Grammy award-winning audio tuning technology from Waves. In fact, give it a listen and you would feel the sound is as impressive and immersive as its curved display. I can vouch for a completely immersive experience while watching content or gaming.

Now, what if I told you that you can buy the much better Motorola Edge + smartphone almost INR 30,000 cheaper than the Samsung Galaxy S20 Ultra. Yes, you read it right, you can grab India’s most powerful and premium flagship smartphone for INR 67,499 if you buy it with an ICICI Bank Credit Card. Don’t worry! If you do not have an ICICI Bank Credit Card you can still get it for INR 74,999 which is still INR 23,000 then the S20 Ultra which is priced at INR 97,999.

Unlike most companies that charge you extra in the name of dollar conversion, import duties and taxes. Motorola, on the other hand, is offering the Edge+ even lesser than the $999 (without taxes) price that it sells for in the US. Now that is what we really call transparent pricing.

So, my recommendation is to not miss this opportunity to own the awarding-winning most powerful and premium flagship smartphone before it runs out of stock.

Do share your thoughts with us on @theunbiasedblog or in the comments section below.

One thought on “Is Motorola Edge+ the best flagship smartphone of 2020?”