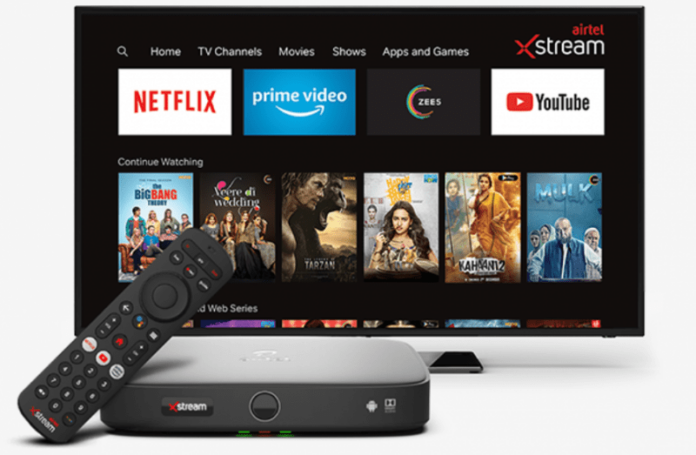 *Not for Commercial use. A fully refundable security deposit of Rs 1500 for Airtel Xstream Hybrid 4K TV Box

Sunil Taldar, Director– Homes, Bharti Airtel said: “Customers are increasingly spending more time online be it education, work or entertainment. And Entertainment is the space where we see an exciting opportunity. Airtel Xstream is India’s premier entertainment platform that brings the best of entertainment along with unlimited high-speed broadband connectivity into a single solution. To drive the penetration of this exciting innovation we are today making our plans even more accessible for customers. ”