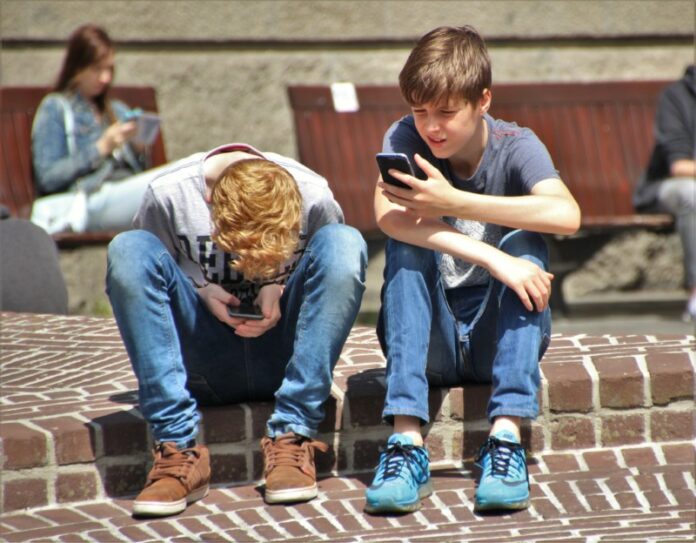 The global smartphone market dropped 4-percent year-on-year while it grew 32-percent quarter-on-quarter with 366 million units shipped in Q3 (third quarter) this year, as per the latest data from Counterpoint Research. As concluded by the report: healing in the global smartphone market has been mainly because of elevated demands in key markets such as the United States, India, and Latin America. Additionally, various regions are slowing opening up after COVID-19 precaution measures taken by various authorities.

Samsung maintained to be the leader achieving the highest-ever shipments in the last three years.  The brand shipped about 79.8 million units with a major boost coming from the Galaxy Note 20 and Galaxy A-series of smartphones. Surprisingly, Samsung even surpassed Xiaomi in the India region with a boost in sales from the company’s popular Galaxy M-series. However, Huawei is still on the second spot even after its share dropped from 20% in the last quarter to 14% in the present quarter. Next, Xiaomi followed with 46.2 million units shipped, and Apple with 41.7 million units. 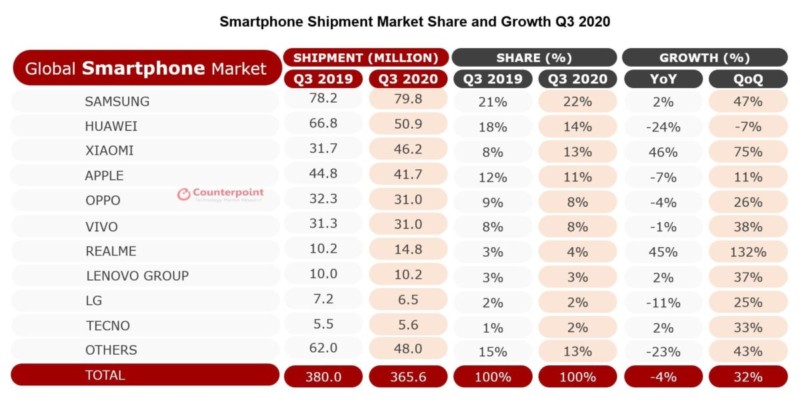 Xiaomi also achieved its highest-ever shipments in this quarter with the bar rising up to 46.2 million units. Apple, however, saw iPhone shipments decline around 7% YoY in Q3, and this was mainly due to the delayed launch of the new iPhone 12 series of devices which is expected to bring in good results upcoming quarter.

Counterpoint Research also highlights Realme’s rapid growth in the smartphone industry as it became the fastest brand to reach 50 million shipments. “Realme grew to become one of the top 5, or even top 3, brands in its key markets, including India, Russia, Bangladesh, Philippines, and some other Southeast Asian countries. Having released a strong 5G smartphone portfolio during Q3, Realme also achieved remarkable growth in the China market (90% QoQ in terms of sales volume),” Counterpoint Research Analyst Abhilash Kumar said.