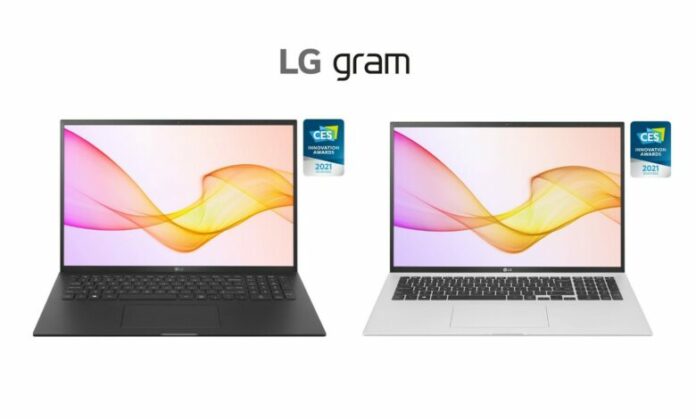 Under the hood, these new laptops come power-packed with the 11th-Gen Intel Core processors with variations in Intel Iris Xe Graphics or Intel UHD Graphics coupled with 8GB or 16GB of LPDDR4x RAM; As for connectivity, there’s Wi-Fi 6, 2x USB 4 Gen 3×2 (USB PD, Thunderbolt 4), 2x USB 3.2 Gen2, a single HDMI port, a microSD/UFS port, and finally a headphone port. Finally, the 17-inch and the 16-inch variants 80Wh batteries while weighing 1.35kg and 1.19kg respectively, On the other hand, the 14-inch model sport a 72Wh battery and weigh 999g.

The LG Gram 16 2-in-1 variant has a 16-inch WQXGA (2,560×1,600) IPS display with touch support covered with Corning Gorilla Glass 6 protection, while the 14-inch model has a WUXGA (1,920×1,200 pixels) IPS display with touch support protected by a Corning Gorilla Glass 6. Similar to the non-2-in-1 models, they feature 16:10 aspect ratio. As for the performance, they are powered by 11th-Gen Intel Core processors along with variants for Intel Iris Xe Graphics or Intel UHD Graphics. There’s 8GB or 16GB of LPDDR4x RAM and along with dual M.2 SSD slots for storage. 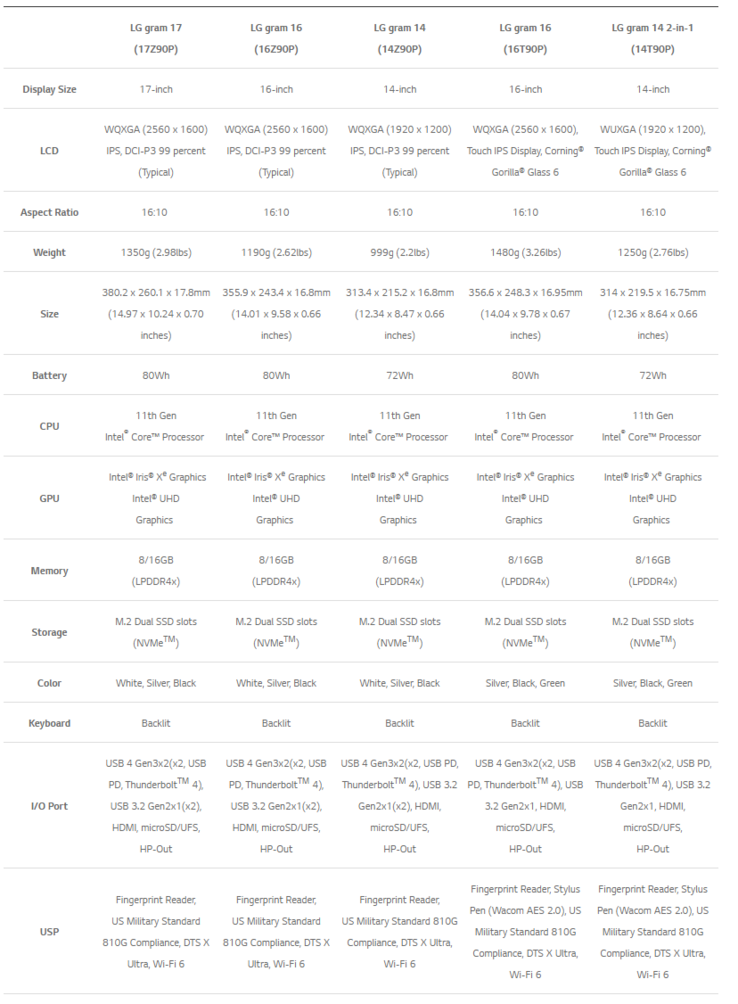 That said, what do you think of these new laptops? Do let us know by dropping a comment down below.