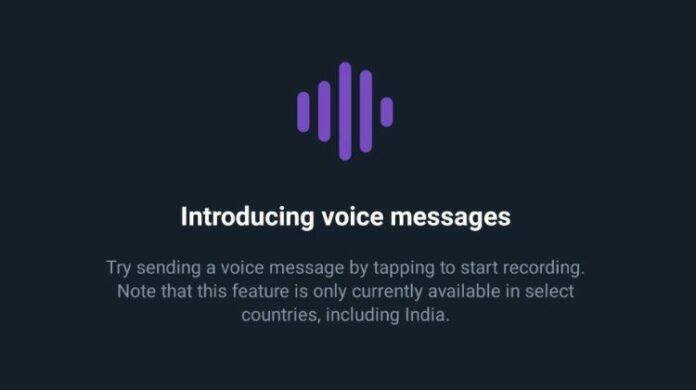 Twitter is one of the vastly consumed social media platforms. While one may say that the Twitter Direct Messages are kinda sluggish. A lot of people use it, and so Twitter has commenced to roll out Voice DM feature in India.

Commenting on this launch, Manish Maheshwari, Managing Director, Twitter India said, “We’re excited to bring the voice messages in DMs experiment to the country and give people a new way to express themselves and help them connect through the nuances, emotion, and empathy built by hearing someone’s voice.”

Twitter India has also made an official announcement by tweeting about the same.

🎤test,🎤test: Starting today, you'll be able to record and send voice messages in DMs 😉 Here’s how👇

PS. The experiment will be rolled out in phases. pic.twitter.com/aqQM6h9sof

This new Voice DM feature will be available to users in India, Brazil, and Japan, starting from 17th February onwards. This feature is at its initial stage and is an experimental feature. It was reported that it was under testing back in September of last year. Now finally it’s making its way to the regular users on both Android and iOS phones.

Voice DMs are very similar to audio tweets. The company will let users record a maximum of 140-second long voice messages. Also in addition to that, this new Voice DM feature will be rolled out to the web app. That means users on the Twitter Web App will also be able to use this feature.

Well with that said, do let us know your opinions on Twitter’s new Voice DMs feature, by dropping a comment down below.