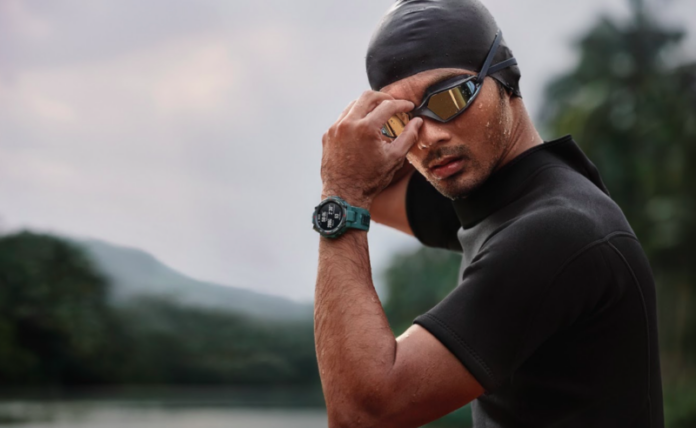 Amazfit is set to be launching the Military rugged smartwatch the T-Rex Pro in India on 28th March 2021. It would be available on Amazon as well as on in.amazfit.com and would be priced at Rs. 12,999.

The T-Rex Pro would be going on sale on 28th March 2021, from 12pm onwards on Amazfit’s official website be and also on Amazon for all customers. The Amazfit T-Rex Pro is a Military Certified Rugged Outdoor Smartwatch and it has passed 15 regulations of military standard (MIL-STD-810) too. It has 100+ sports modes and features a 1.3-inch AMOLED screen with a resolution of 360×360 pixels. It comes with an always-on-display and support for SPO2 which helps measure blood oxygen saturation. It features 40hrs GPS, quad-GNSS, a BioTracker 2 PPG optical heart rate sensor, 10 ATM water resistance, an activity tracker, and also sleep monitoring sensor. According to Amazfit, the T-Rex Pro can get almost 18-days of battery life on a single charge.

Well with that said, do let us know your opinions on this post – Amazfit to launch the T-Rex Pro Smartwatch on 28th March in India by dropping a comment down below.