The Unbiased Blog
Home News Apple and It’s Nice That collaborate with artists from all over the... 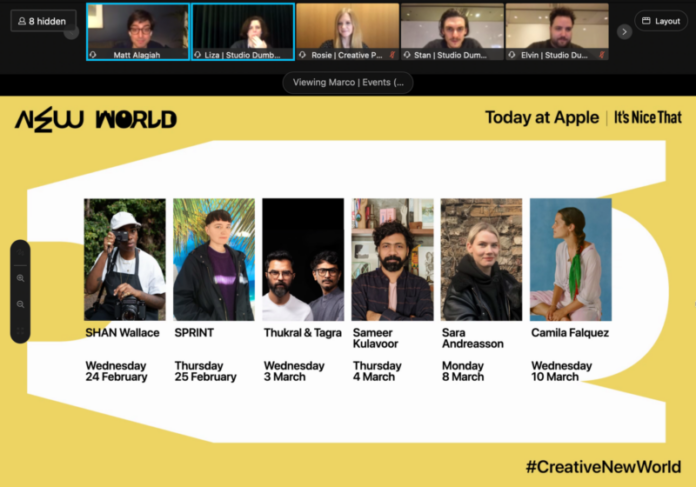 The Covid-19 pandemic forced most events, meeting and sessions to either take place online or in limited numbers with social distancing norms. And Apple keynotes, events and sessions are no exception, with the team at Apple moving it all online. ‘Today at Apple’ is one such programme that started in 2017 at Apple Stores world over. These sessions included AR, Art, Photography, Music using Apple’s latest cutting edge technology. In the past three years, since its launch ‘Today at Apple’ has been attended by millions all around the world. 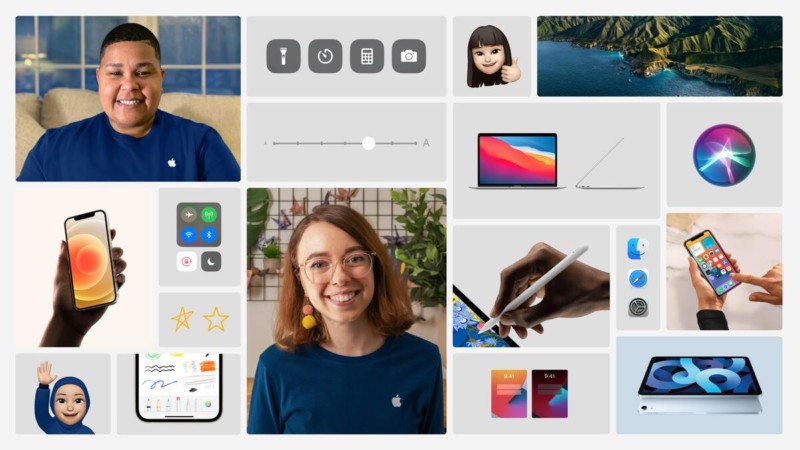 In 2020, Today at Apple became an online Webex event where creatives from around the world came together to talk about their work and also inspire people like you and me to explore our creativity.

Today At Apple took place in Apple Stores around the world, hence we in India never got an opportunity to attend these sessions. But last week when the Apple India team reached out to me asking if I’d interested in one of the sessions by Indian artists. I was ecstatic and enrolled in both sessions – the first one by a creative duo from Delhi and the other one from Mumbai. But since Today at Apple sessions now take place on a Webex meeting, there are no geographic limits for people to join from.

Before I talk about the two sessions I had the privilege of attending. I’d like to point out that these sessions are open for all and all you need to do is go to this link and register yourself. In total, there are a plethora of sessions, started on February 3 and going on till April 22. 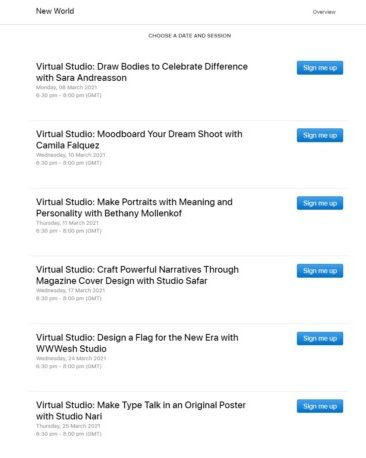 So, you should definitely join these sessions co-created by Today at Apple and It’s Nice That to celebrate the role of creativity in rebuilding a better world. The list includes the world’s leading artists, designers, photographers and creatives who will run virtual studios and hands-on projects. You’ll learn new creative skills and explore how to collaborate and innovate.

Coming back to both the sessions I attended.

On 3 March, I along with creatives around the world joined teams from Apple and It’s Nice That attended a session with Thukral and Tagra – ‘Design Your Own Digital Pet’. As the name suggests, the objective of the session was a fun design challenge to come up with a concept for an ideal digital companion that promotes happiness and wellbeing.

It’s time for today’s creative task! We will be using @Procreate (or a creative app of your choice) on the #iPad to create a virtual pet.
Thank you @Thukralandtagra for doing this! #CreativeNewWorld #TodayAtApple @Apple @itsnicethat pic.twitter.com/5hT079P71V

The session gave us all ideas on how humans relate to the things around them using iPad and the Procreate app and explore the power of connectedness in tough times.

Here are some of the Digital Pet that we all created –

Thank you, Catherine from @Apple and @Thukralandtagra for the inspiration. Here are the creative personal pets created in matter of minutes using @Procreate app on the iPad. #CreativeNewWorld #TodayAtApple @itsnicethat pic.twitter.com/Yx9EQBpUKc

I’d recommend you all to follow the talented duo – Jiten Thukral and Sumir Tagra (@thukralandtagra) who work collaboratively in media including painting, sculpture, installations, interactive games, video, performance and design from their Delhi NCR studio. Their mission is to expand the scope of what art can do!

The next session I attended on March 4 was by Sameer Kulavoor was on – Reimagine Your Environment.

Reinvent your surroundings in imagery with artist Sameer Kulavoor. He’ll take you inside his new, Mumbai-focused project You Are All Caught Up, and share how he reconfigures the cityscape and its people in his work. Then you’ll get hands-on to transform existing images of your environment and visualise how it could change for the better, using the Procreate app on iPad.

His ‘The Ghoda Cycle’ project work can be also be found on @PaulSmithDesign clothes. @itsnicethat @Apple pic.twitter.com/FRmWOv3H2z

And again I’ll recommend following the artist – Sameer Kulavoor whose based in Mumbai. He documents and dissects everyday subjects through drawing, painting and design. He’s known for his geometric style and imagery inspired by the cityscape. Follow him on Instagram and Twitter @sam_kulavoor

After each session, the participants were given a guided tour of the Procreate app where the tools were explained in detail. Thank you, Catherine and Khaldia for your patience in teaching us the tools of the trade. After we got accustomed to the tools, we were given around 20 odd minutes to create and showcase our work. I did click photos of work submitted by others but due to Apple’s Privacy policy, I won’t be sharing them online.

Also, what really touched my heart was Apple’s constant endeavour of inclusion and accessibility with the availability of Sign Language Interpretations for these sessions. Special mentions for Altan and Nathan for interpreting throughout the sessions.

Summing up my experience, I’d say, It was indeed a New World of hope, art, learning and some good laughs, Today at Apple 🙂