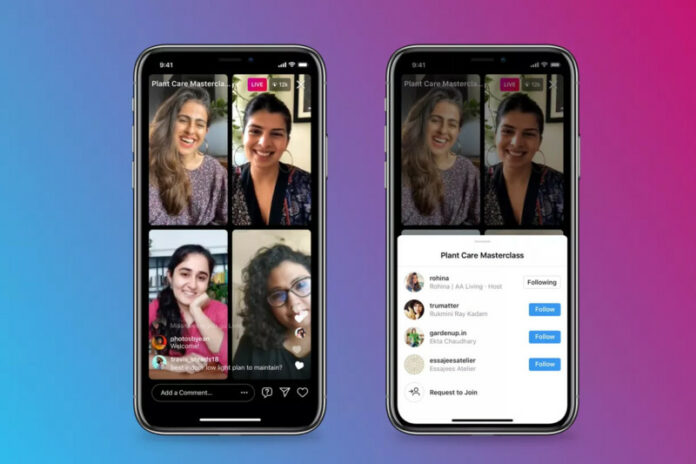 Instagram which one of the most used social networking apps wants more people to go live at once, currently it supports only two people. But from now onwards, it is launching Live Rooms which is a feature, that would allow four people to do a live video chat when compared to the previous limit of two people only. According to a blog post by Instagram, they hope the feature encourages people to start a “talk show or a podcast,” or even host a “jam session,” or can collaborate with the other creators.

When comparing it against Clubhouse, the social audio app that lets people go live in rooms. There could be more than 10 people that can speak at once, while the rooms can reach up to 8,000 people before they are eventually full. Facebook could be working on something similar as well as it is building a direct competitor. Until then Instagram Live is currently the only choice for android users, as Clubhouse is currently available on iPhones. Clubhouse only requires users to use their voice, unlike Instagram Live that would require people to turn on the camera, which would create some kind of added pressure as well.

Well with that said, do let us know your opinions on Live Chat room from Instagram, by dropping a comment down below.