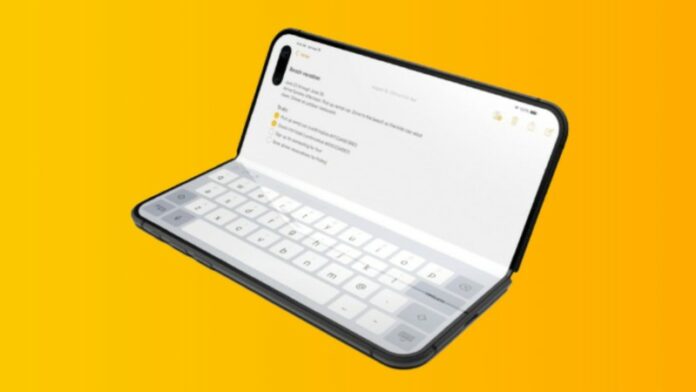 Rumours say that 8-inch QHD+ Foldable iPhone coming in 2023. According to Apple, an Analyst named Ming-Chi Kuo this 8-inch Foldable would come with 2023 and could be carrying a QHD+ display too.

Also read, Redmi Watch to launch in India alongside Redmi Note 10S on May 13

According to Kuo’s predictions, these foldable smartphones will become a “must-have” for all major smartphone brands and will boost the next “super replacement cycle” for high-end models. He also says that He believes Apple is well-positioned to be the “biggest winner” in the foldable device trend. Also, according to him, Apple will ship about 15 to 20 million foldable iPhones in 2023.

Also, Kuo said that “Future foldable devices will require touch technology that supports multiple folds (vs. only a single fold in current foldable smartphones), rollable, medium to large size display, and durability. When comparing the advantages of the above specifications, the silver nanowire is similar or superior to SDC’s Y-Octa”.

Well with that said, do let us know your opinions on this post Rumours say that 8-inch QHD+ Foldable iPhone coming in 2023 by dropping a comment down below.