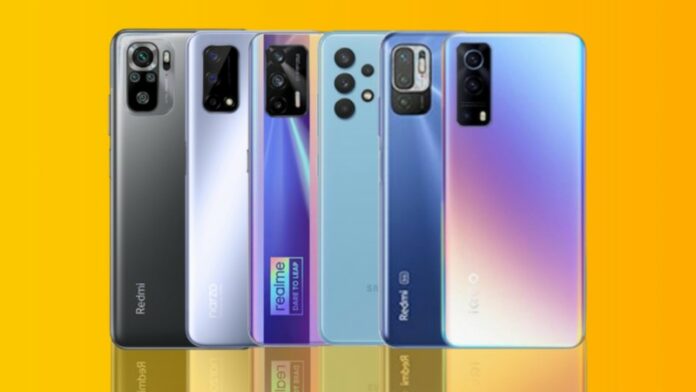 There are a bunch of Smartphones launching in India in May 2021. The month of March and April had a lot of new launches from OnePlus, Realme, iQOO, Vivo, Xiaomi and Poco too. So this is a list of upcoming smartphones in India for May 2021: Redmi Note 10S, Realme X7 Max 5G and more.

Also read, The Pixel 4a is available at a Discounted Price of Rs 26,999

Looking at the current scenario, we can say that there would be no devices launching in the first 10 days. After that, the Zenfone 8 series is expected to launch soon into the markets. There isn’t much info, but we can say that there would be at least 2 devices getting announced this time. After this, Redmi would also be launching the Redmi Note 10S which would target their budget device niche. 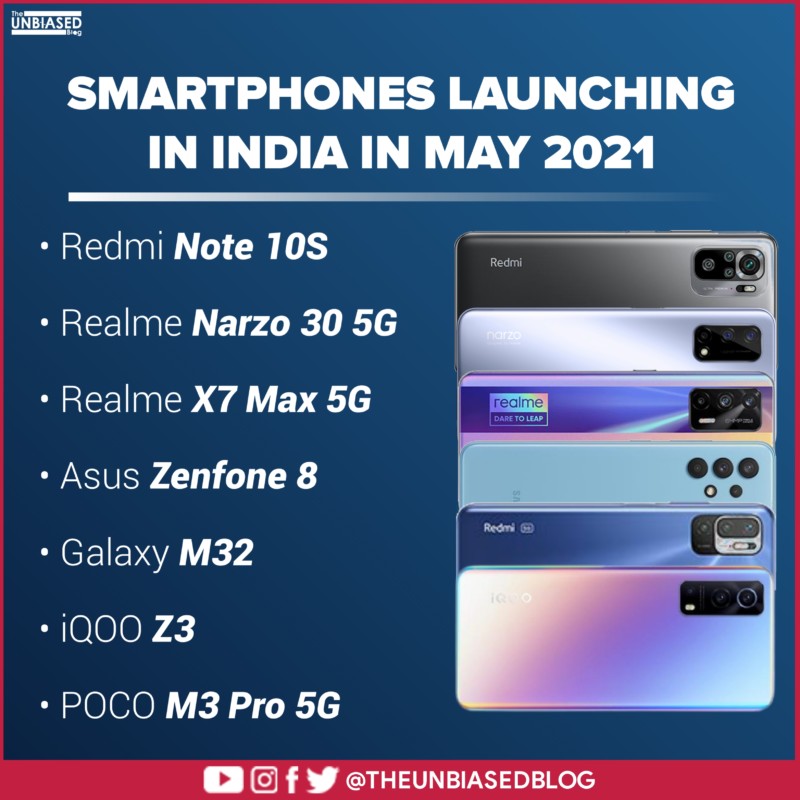 Later this month, Realme could also launch the Realme X7 Max 5G and Narzo 30 device too, as there are a lot of leaks stumbling upon over the Internet. iQOO also said to launch a budget device that would be priced under Rs. 20,000 with 55W Fast charging. Samsung could be launching the Samsung Galaxy M32, which again would be a budget device. In the end, there are also some speculations, that say Poco would soon be launching the Poco M3 Pro 5G device in India. As smartphone launches can change in time too, there could be more devices added too.

Well with that said, do let us know your opinions on this post Upcoming smartphones in India for May 2021: Redmi Note 10S, Realme X7 Max 5G and more by dropping a comment down below.