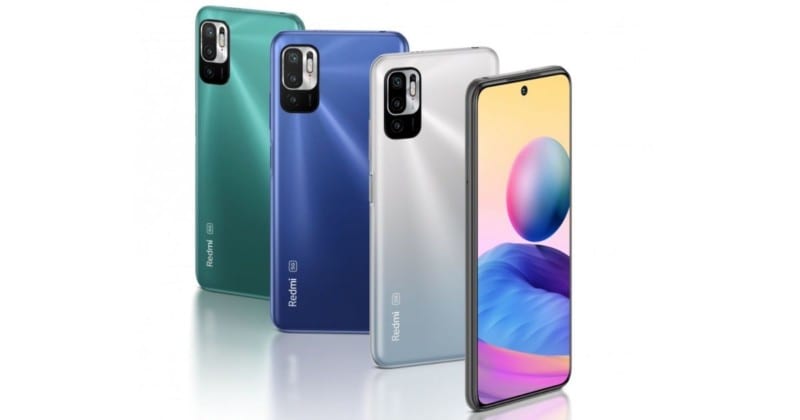 Redmi Note 10T launched with MediaTek Dimensity 700 SoC and more. The device has been currently launched in Russia and while there is no news of launching it in other countries, we expect it to be rebranded and launched in the Indian market as well. It comes with the Dimensity 700 SoC and features a triple rear camera setup. It would be available in three variants, and multiple colour options too.

As for the device itself, it comes with a 6.5-inch full-HD+ (1,080×2,400 pixels) display with a 90Hz refresh rate. Under the hood, it is powered by the MediaTek Dimensity 700 SoC, paired with up to 6GB of RAM, and up to 128GB onboard storage. The device comes with a big 5,000mAh battery with it also comes support for 18W fast charging too. It runs MIUI 12 which is based on Android 11 and the device would also receive the MIUI 12.5 update soon.

The phone also supports dual-SIM slots, 4G, NFC, dual-band Wi-Fi, Bluetooth v5.1, 3.5 mm audio jack, and USB Type-C port. The device may not be that lightweight but it comes just under 190 grams.

Well with that said, do let us know your opinions on this post-Redmi Note 10T launched with MediaTek Dimensity 700 SoC and more by dropping a comment down below.