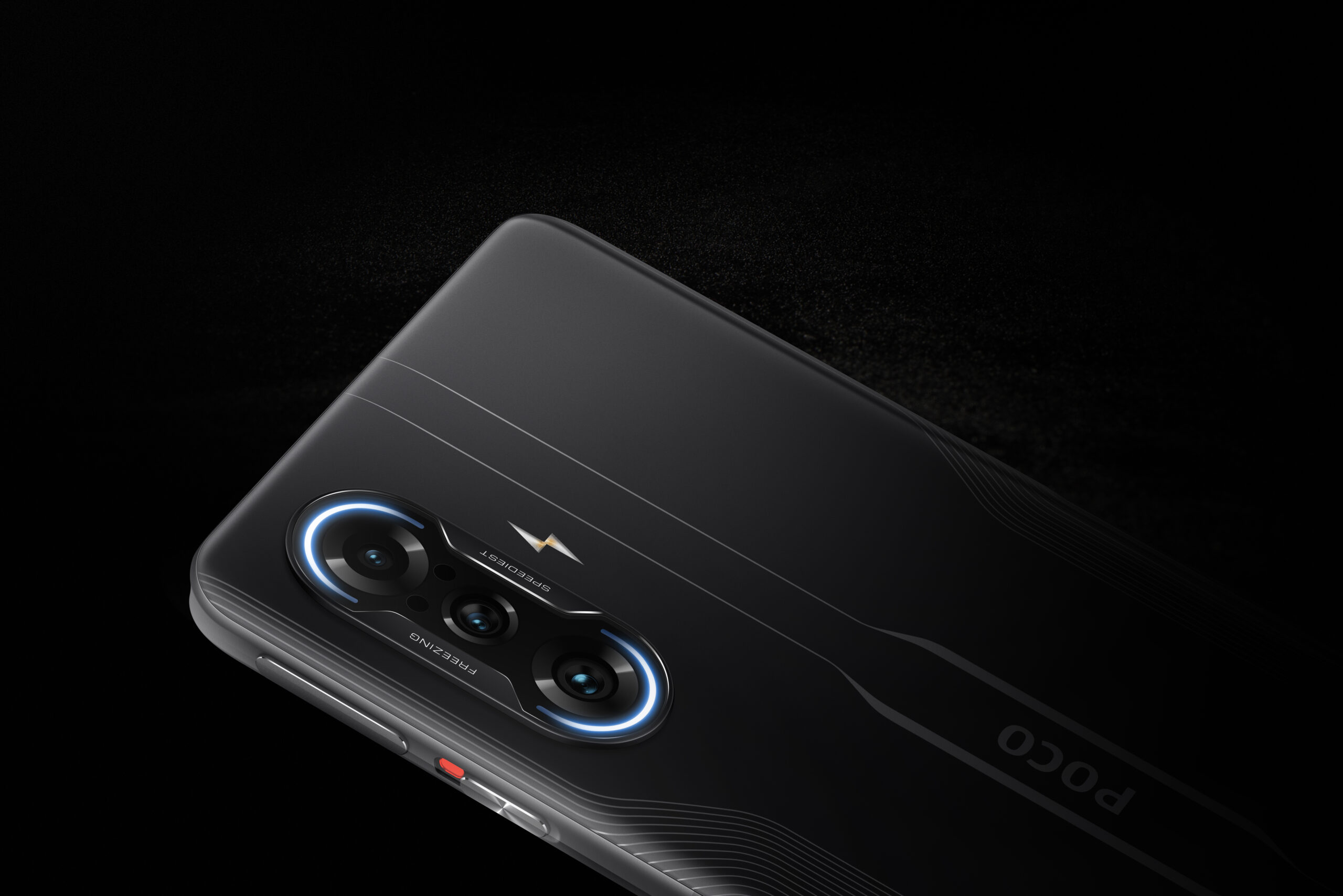 Poco announed the Poco F3 GT smartphone in India. Poco has finally launched a device to the F series and according to the brand the device delivers powerful experiences, elevated gameplay, superior camera capabilities, and top-of-the-line features – all packed in its uniquely sophisticated, stylish, and premium ‘Slipstream’ Design. It gets the MediaTek Dimensity 1200 SoC, physical pop-up Maglev triggers, an AMOLED display with a 120Hz refresh rate, and a 480Hz touch sampling rate too.

Commenting on the launch Anuj Sharma, Country Director, POCO India, said, “The introduction of the POCO F series back in 2018 disrupted the Indian market like never before. With the all-new POCO F3 GT we intend to recreate the disruption and the success once again.”

As for the device itself, the device features a 120Hz Turbo AMOLED display and a 480Hz touch sampling rate. The brand claims that the display has 6X faster-aiming accuracy and registers a smoother and lag-free user experience. Also, it features 100% DCI-P3 colour gamuts and comes with support. Under the hood, the device gets the MediaTek chipset and features a 6nm Dimensity 1200 chipset, thereby delivering a new era of incredible mobile experience on the back of superior performance and effective power consumption. The chip comes with the Cortex-A78 core at 3.0 GHz, three super-cores with Arm Cortex-A78 at 2.6GHz, and four efficiency cores with Arm Cortex-A55 at 2GHz.

In terms of optics, the device gets a triple camera setup, which consists of a 64MP primary camera with f/1.65 aperture, an 8MP ultra-wide angle camera with a FOV of 119-degree, a 2MP macro camera and a 16MP selfie camera. The primary camera comes with the industry-first ED ultra-low dispersion optical glass lens. As for the availability POCO F3 GT will be available in two colour variants: Gunmetal Silver and Predator Black and will be available in three storage variants 6+128GB, 8+128GB, and 8+256GB storage variants, exclusively on Flipkart.com.

The pricing has been mentioned below for a better overview-

Well with that said do let us know your opinions on this post Poco announced the Poco F3 GT smartphone in India by dropping a comment down below.