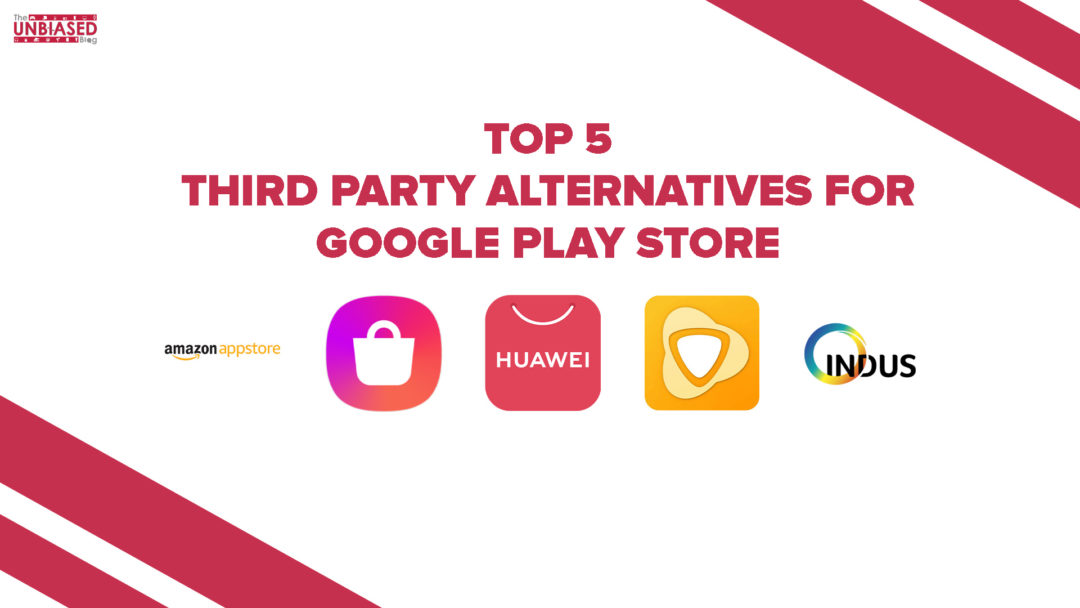 Starting off the list, we have the Amazon App Store which is available on all Amazon Fire devices, the Amazon App Store is not just limited to these devices but is accessible to more. To make it more rewarding, Amazon has recently redesigned the store by introducing Amazon Coins, which is a virtual currency to buy apps at discount or for free. This is what sets this store apart from others.

Moving on, we have the Galaxy Store by Samsung which is available to Samsung app users. It comes with a minimalistic interface with two tabs on the home screen: games and apps. The store which previously contained themes, wallpapers, games, etc. has recently reshaped itself with more focus on app and content delivery in local languages. As a result, it now also provides a curated list of apps, game recommendations, better gaming perks, and app-exclusive features and offers.

Indus App Bazar is next and while a lot of people may not now about it, it is designed to help users discover new and trending apps in their preferred language, it houses over 400,000 apps in English as well as 12 Indian languages, including Hindi, Marathi, Gujrati, Tamil, and Bengali. Driven to support ‘Made in India’ and ‘Vocal for Local’ initiatives, this app store aims to address the needs of Indian consumers using local and linguistic content. Indus App Bazaar has delivered 1 billion installs+ updates to over 100 million users.

App Gallery is next on this list which is a good app store to discover all the next favourite apps and games, It offers a wide array of exclusive content, coupled with free welcome gifts, special in-game events, competitions, and prize draws to make app shopping more rewarding for users. Although it doesn’t have common apps like Zoom, Netflix, Facebook, and even WhatsApp, users don’t have to fret because the store has these apps in APK formats. So, nothing can stop you from using these apps anyway.

Last but not the least, we have GetJar which is one of the most popular Android App Store. It offers a lot of apps that may not be available on a lot of Android Stores and that too for free. There are a lot of in game mods that can be used by users to make the game look good and add addition features too.

Well with that said, do let us know your opinions on this post Top 5 Third Party alternatives for Google App Store by dropping a comment down below.