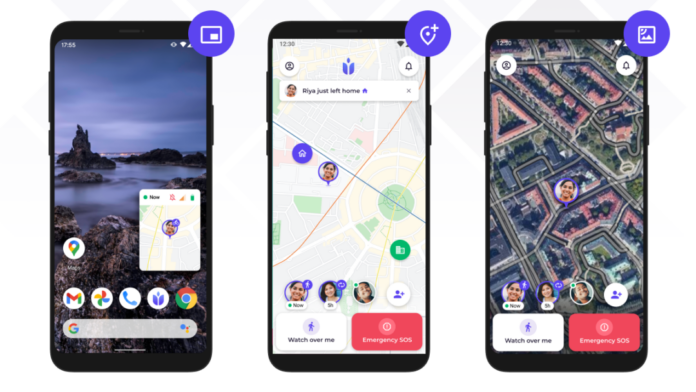 Guardians’ safety app from Truecaller crosses one million downloads. The app is available on both the Google Play Store and Apple App Store. Truecaller has confirmed that among the million downloads, India accounts for 60% of the total. The app was launched in March this year for users across the globe. It now supports multiple languages including Hindi, Arabic, French, Spanish, Portuguese, and Indonesian too.

As for the App itself, the Developers have added some new features too. All of the newer features are mentioned below for readers to have a better overview about the app-

Satellite View – Users can now turn on satellite view and see a real map of Earth along with accurate topographical details. Just like the default map view, satellite imagery is also provided by Google. Users can switch between satellite and default views from Profile > Advanced.

Location-based alerts – With this feature, the app will allow users to mark their most frequent places like their home, school or workplace. These locations can be their safe space and whenever someone moves out of this ‘safe’ place, the Guardians can be notified of the same.

Activity Based Alerts:  This feature is opt-in, so users will have to specifically enable it if they want to use it. Activity Based Alerts are based on your activity and use Android’s Activity Recognition API. The Guardians app will soon be able to trigger and send notifications when you start walking or driving. It will also be able to trigger sharing of alerts based on speed, such as when you start walking/running or driving faster than 50km/h.

Well with that said, do let us know your opinions on this post Guardians’ safety app from Truecaller crosses one million downloads by dropping a comment down below.