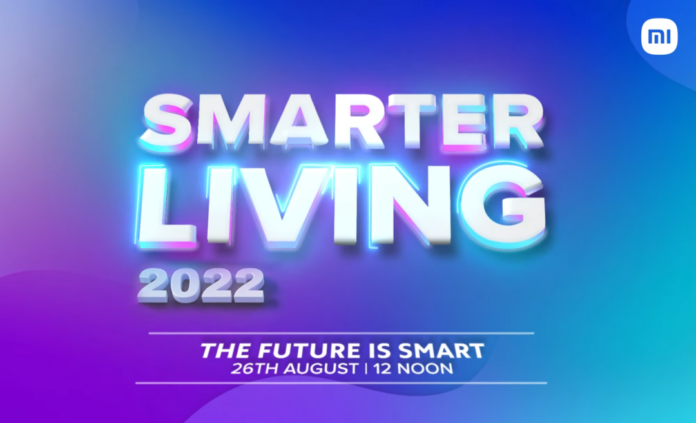 Smarter Living 2022 event set for 26th August, Mi Band 6 and other expected products to launch. This has been one of the most anticipated Xiaomi events just because of the launch of the Mi Band 6. A lot of people have been waiting for Band 6, for a long time, and considering the brand’s track record, they would be launching it in this event which would be organized on 26th August in India. Like every year, they are also said to be launching some other smart IoT products too.

The brand has made this announcement officially on their social media channels and on Mi.com, there is even a dedicated page given for the announcement. As for what we can expect from this event, as said before Mi Band 6 would be finally making its way to India. It would get a bigger 1.56-inch AMOLED display, heart rate and SpO2 monitoring, and 24-hour sleep monitoring. This wearable also has support for 30 sport modes, up to 14-days of battery life, and other features. While we are not sure about the pricing, but considering the current price of the Mi Band 5, we expect it to be priced just around it as it would be replacing it.

The brand has also been teasing the launch of the new generation of their Mi Notebooks, these newer versions are said to be coming with a backlit keyboard and also support Thunderbolt 4. This would also mean that they are launching this series to compete again with the Realme Book Slim which is making its way to India on 18th August.

There would also be a new Router and along with that, they are also said to be updating the Security Cameras that they already have in the portfolio. Make sure to follow @theunbiasedblog on Twitter, Facebook, and Instagram for updates on the Smarter Living 2022 event.

Well with that said, do let us know your opinions on this post-Smarter Living 2022 event set for 26th August, Mi Band 6, and other expected products to launch by dropping a comment down below.