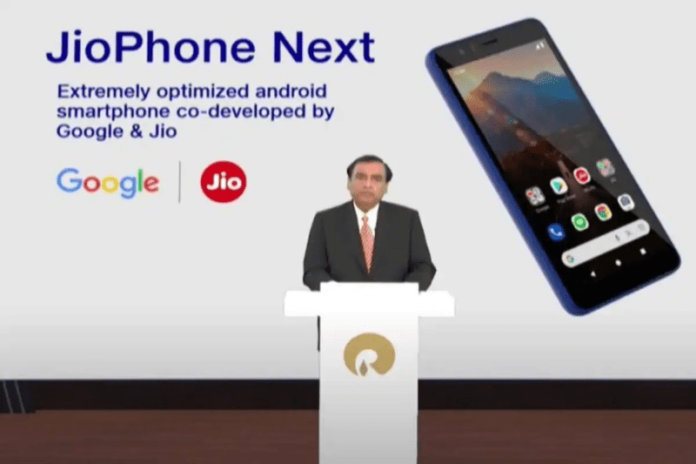 Google and Jio delay their launch of Jio Phone Next in India. The phone was going to launch on Friday, but now it won’t launch on Friday, the brand has confirmed this on Thursday midnight itself. Jio Platforms said it has been testing the smartphone with a “limited set of users for further refinement” and is “actively working to make it available more widely” around the time of the Diwali festival, which is scheduled for early November.

While we don’t really have much info about when we would get to see the device now, but rumors suggest it could take a bit more time.

As for the device itself, the phone is said to offer a lot of features, it comes with a fast, high-quality camera as it is a must-have feature for today’s smartphone users, so Google and Jio’s teams have partnered closely to build an optimized experience within the phone’s Camera module resulting in great photos and videos: from clearer photos at night and in low-light situations to HDR mode that brings out the wider colour and dynamic range in photos. Google has also partnered with Snap to integrate Indian-specific Snapchat Lenses directly into the phone’s camera, and we will continue to update this experience.

Jio has also confirmed that it would get support for the latest Android releases and security updates, this experience will keep getting better with new features and customizations, all delivered over the air. With Google Play Protect built-in, it has Google’s world-class security and malware protection.

Well with that said, do let us know your opinions on this post Google and Jio delay their launch of Jio Phone Next in India by dropping a comment down below.