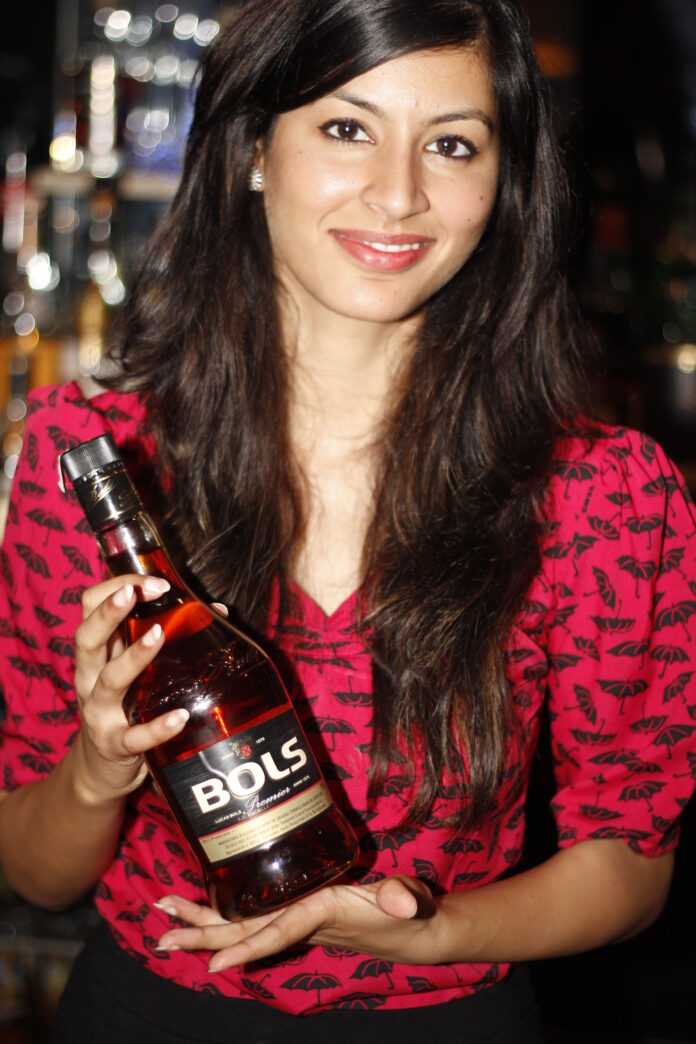 As far back as the 12th century the Dutch were already importing wines from France. Once a load of this wine was acided and the Dutch distilled it in an attempt to “restore” the wine. They created a new distillate and asked the French to send distilled wine in barrels from then onwards. The name for this new distillate was called “Brandewijn” (literally “burnt wine”).  Later in the 17th century, during the French-German war, the trade between France and Holland was reduced dramatically and stocks were piling up in France. Due to the long period of the “burnt wine” in the oak barrels again the distillate changed. This unforeseen maturation created the Brandy as we know it today.

BOLS Kyndal India, the JV Company between Lucas BOLS of Amsterdam and Kyndal India Pvt. Ltd., today announced the launch of its smooth and woody flavoured BOLS Premier XO Excellence Brandy in Delhi. The launch event was held in association with the Lalit, New Delhi. The event included a tasting session followed by a cocktail mixing and food pairing session with the Bartenders and Chefs from The Lalit, New Delhi. Besides Delhi, the product is also available in Tamil Nadu.

Mr. Siddharth Banerji, MD, Kyndal India Pvt Ltd. said – “BOLS Kyndal India is currently the biggest manufacturer and distributor of premium brandy in Southern India. After establishing the brand in the Southern region, we are happy and excited to introduce the product in the northern markets. BOLS fills the gap existing in the premium brandy segment in India through its range which will now be available across the country to discerning customers.”

During the occasion, Ms. Pushpanjali Banerji, Brand Director, BOLS Kyndal India said, “BOLS brandy is truly the perfect drink. You can enjoy it straight up, on the rocks or experiment with it & create interesting cocktails. We are confident that BOLS will be extremely successful & will enjoy brandy aficionados patronage at all outlets like popular bars, restaurants, retail outlets and major luxury hotel chains.” “BOLS can be described as a timeless, classic, premium drink which is reflected in our brand associations in India. Over the years we have partnered with brands such as the ATP Aircel – Chennai Open, BOLS Fusion Tour (promoting alternate spheres of art), flairtending with renowned bartenders / flair tenders amongst other events,” Pushpanjali added. Established in the year 1575, BOLS is the world’s oldest distilled spirit brand opened by the BOLS family in Amsterdam. Since then, it has mastered the art of distilling, and blending, and uses the perfect ingredients from around the world in accordance with the traditional recipes that have been handed down through the generations of Lucas BOLS master distillers. More than four centuries of craftsmanship, passion and experience join each other perfectly in the BOLS Premier. About BOLS Kyndal – BOLS Kyndal is a joint venture between Amsterdam based Lucas BOLS BV and Kyndal India Pvt. Ltd. The JV was signed in January 2009. Lucas BOLS has brought their expertise of blending, distilling and their 400 years of heritage in the spirits business and Kyndal has brought to the fore their marketing & distribution expertise and their immense understanding of the Indian Diaspora to ensure BOLS X.O. Excellence Brandy is a success in the widely diverse Indian market. Today BOLS Brandy is the market leader in the premium brandy segment in the country. BOLS X.O. Excellence Brandy is pot stilled and matured grape brandy and is the first genuine grape spirit brandy in India. The BOLS Kyndal JV comprises of BOLS Premier XO Excellence, BOLS XO Excellence, and Bootz Authentic Genuine Grape Brandy. For more information please visit www.bolsbrandy.com