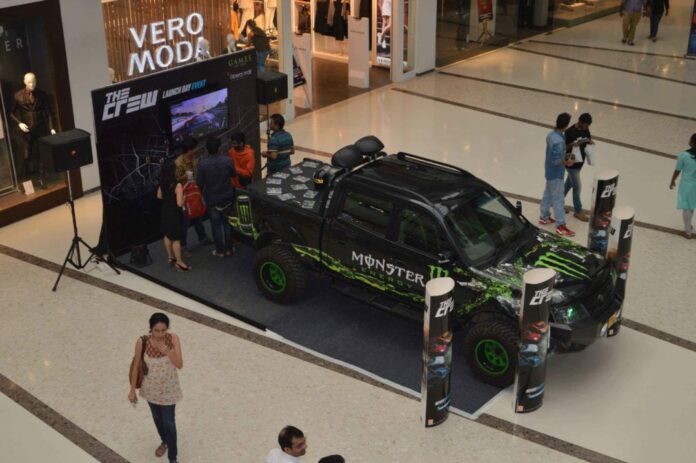 Games The Shop organized a Day Launch at Oberoi Mall for the best racing game of 2014, The Crew on 2nd December. The event received massive response from gaming and racing enthusiasts. Gamers flocked all day to collect their game copy. Other racing enthusiasts also tried their hand at the game. 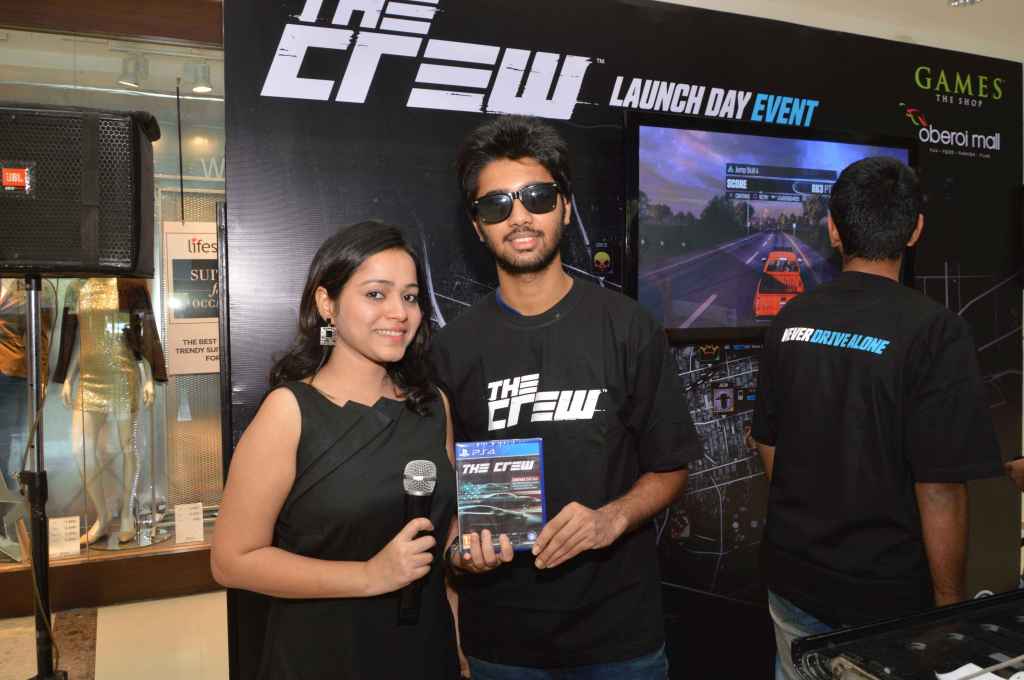 Gamers who turned up to pick their copy, were rewarded with exclusive game merchandise like T-shirts, flasks, sticker sets, pens etc. 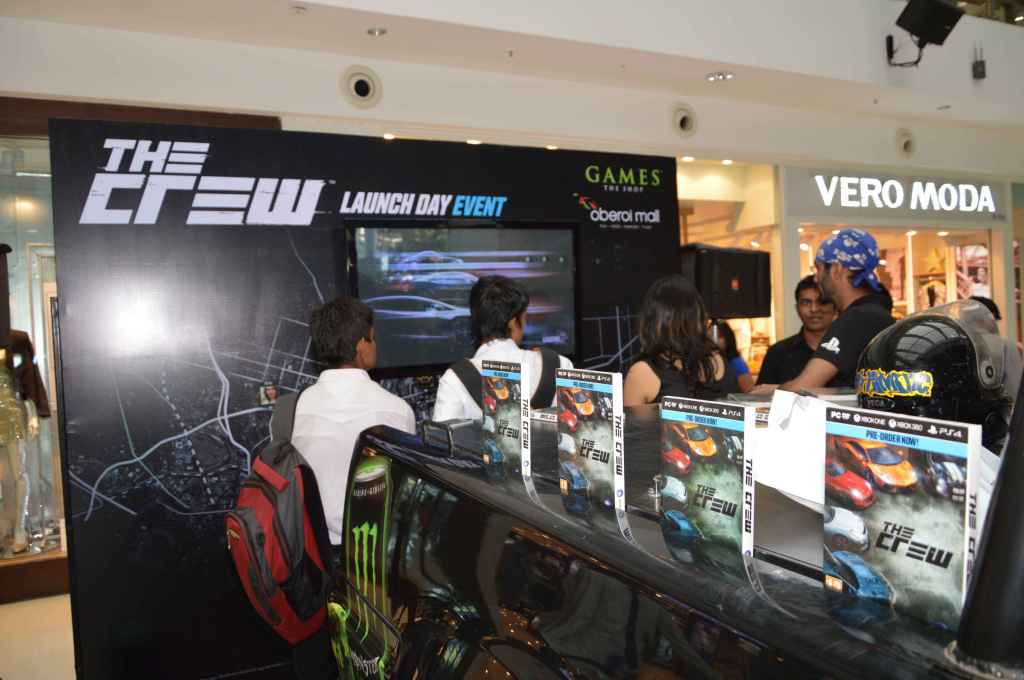