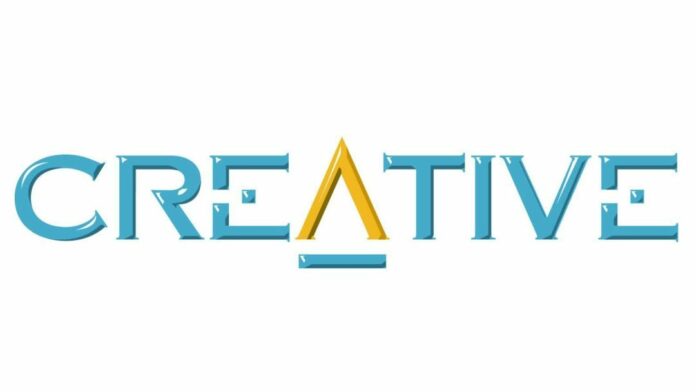 When it was first previewed at the Consumer Electronics Show (CES) in Las Vegas, USA, the Sound Blaster Roar’s ability to deliver amazingly powerful, spacious and precise audio in a very compact form factor literally blew the audience away.  Subsequent showcase at IFA 2014 in Berlin and other major tech shows further earned the Sound Blaster Roar admiration and respect of some of the world’s greatest technology enthusiasts.

Dubbed the ‘Audiophile Sound Booklet’, the sleek metallic Sound Blaster Roar is designed to rival existing home stereo systems in sound quality, yet light enough to be portable.  Measuring only 57 x 202 x 115 mm and weighs 1.1 kg, the Sound Blaster Roar packs an amazingly powerful punch in audio performance and features.  Engineered from the ground up with Creative’s expertise in audio technology and years of research and expertise in speaker design, the Sound Blaster Roar represents the pinnacle of portable wireless audio.  Its superb audio performance is set to redefine the home stereo and wireless speaker market – by combining wireless connectivity, portability, high fidelity and audio power all into one compact unit that can rest on the palm, and be brought along on-the-go for a truly mobile digital lifestyle.

“Many portable wireless speakers are designed primarily to be small and compact.  They hardly suffice in audio fidelity to provide decent sound as a home stereo system.  In the designing of the Sound Blaster Roar, we’ve approached it from the opposite direction.  By incorporating advanced acoustic design elements, we focused on high quality audio performance first and portability second.  Then we embarked on a near impossible mission to make it small, feature-rich, sexy and cost-effective by defying many laws of conventional acoustic engineering. This has allowed us to create the first high performance home stereo-grade wireless speaker that can be taken on-the-go.  The end result is an astoundingly powerful but compact and sexy portable speaker that blows people away everywhere it goes.  Many people did not believe what they heard when they encountered the Sound Blaster Roar — they were hunting around for a hidden external subwoofer!” said Wong Hoo Sim, Chairman and CEO of Creative Technology.

“The audio power of the Sound Blaster Roar is simply mind-shattering for its size and precision fidelity.  To top it off, we are making it available at an irresistible, take-no-prisoners factory-direct price of INR15,999!  I believe the Sound Blaster Roar is by far the best portable wireless speaker in its class in the market.  It is a no-brainer purchase for anyone who is looking for a powerful and portable wireless speaker,” added Sim.

Most other portable speakers utilize a single amplifier to reproduce the entire audio spectrum, with most demand going into producing lows and mid-range audio.  A single-amplified design thus compromises the highs, which results in unbalanced, low-fidelity audio, a symptom that is common among portable speakers.  In contrast, the Sound Blaster Roar features a bi-amplified design that utilizes two amplifiers – one dedicated to driving the lows and mids, and another dedicated to delivering the highs.  This allows the speaker to produce uncompromisingly clear, high definition and well-balanced music.

Another key differentiating factor is that the Sound Blaster Roar is specially designed to produce space-filling audio, instead of small, constrained audio.  This is achieved by the incorporation of far-field high frequency front-firing drivers that project audio further than

most other speakers in its class, allowing users to hear subtle audio details clearly even when at the other end of a room.  Audio spaciousness is further enhanced through the unique placement of the five different drivers.  While the two high frequency drivers are front-firing, the active bass and mid-range driver is top-firing, with lower-range audio enhanced even further by the two side-firing passive radiators.  This design results in a holosonic soundscape that enables improved width, height and depth while preserving stereo focus.  The listener thereby experiences spacious audio that is not sweet spot-dependant.

Placing the top-firing bass and mid-range driver horizontally also allows for a low centre of gravity, which increases the stability of the Sound Blaster Roar.  This eliminates any unnecessary movement, vibration or rattling of the speaker’s body during audio playback, even at high volumes.

By default, the Sound Blaster Roar is designed to deliver clear and balanced high fidelity audio, even at high volumes.  In scenarios such as parties or gatherings where a large group is gathered, pressing the ROAR button will instantly and significantly boost the loudness, depth and spaciousness of the speaker audio for an even more powerful, kick-ass, no-holds-barred listening experience.

TeraBass is a feature that intelligently compensates for the perceived lack of loudness in bass during low level audio playback without artificially over-accentuating bass levels.  TeraBass processing will intelligently increase the loudness of bass at low to medium volume levels.

The MegaStereo feature enables two sets of Sound Blaster Roar speakers to be easily connected to each other to form a wider and more powerful left/left and right/right mega stereo system with double the punch using an optional special MegaStereo cable.

Beyond its astounding audio performance, the Sound Blaster Roar also incorporates many useful built-in features, such as Speakerphone teleconferencing, a MicroSD slot for MP3  music playback and Audio recording, a Siren, and  a unique Bluetooth Link Security Control that allows users to configure the connectivity settings of Sound Blaster Roar for different usage scenarios.  It even doubles as a Sound Blaster for connecting to a PC via the USB port.

–        Friendly Access Mode – Allows Bluetooth devices that have been paired to the speaker before to take over control of the Sound Blaster Roar.  Ideal for sharing music among family and friends.

–        Free-for-All Access Mode – Allows device to be always set in discoverable mode.  Anyone can easily search and connect to the device without seeking permission. Ideal for use in meetings or classrooms for easy sharing of audio.